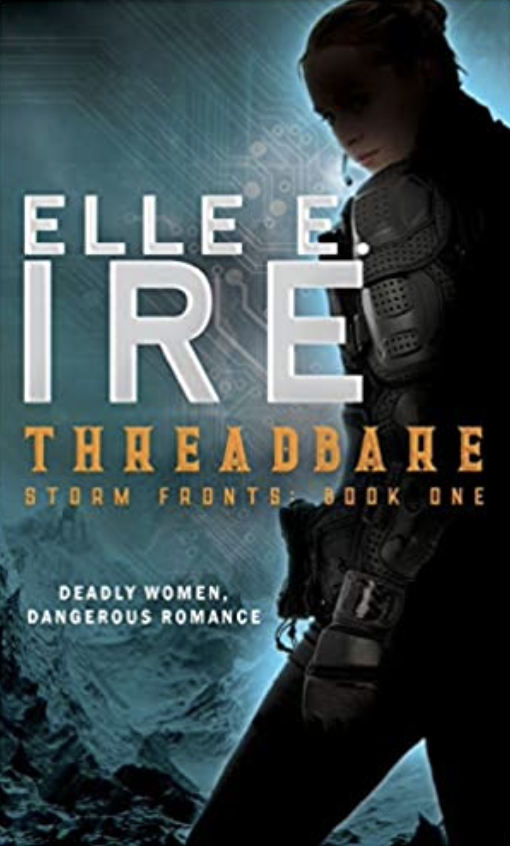 Vick is more machine than woman, due to a fatal evening with some coworkers and having inadvertently signed her body away to the military upon her death. Kelly is an empath assigned to work with Vick to help channel emotions she can no longer control.  Vick has a lot of missing memories, Kelly has a lot of questions, and the military has a lot of operations that require a super soldier. Unfortunately those suppressed memories of Vick’s keep turning up and leading to rage, which compromises both the missions and Vick’s usefulness.

The military wants Vick alive but emotionless. Kelly wants Vick naked and in control of her life. The Fighting Storm organization is crumbling from the inside and it is up to Vick and Kelly to figure out who is out to get them, before Vick destabilizes and takes Kelly down with her.

Premise: fun-super soldier with suppressed trauma needs an empath handler. It’s a natural romance opportunity. The first chapter has solid tension and a seemingly decent plot. Vick is pretty easy to like, and Kelly fleshes out the more you read. Nice start.

Everything unwinds around chapter three. Nonlinear timelines between chapters don’t help, and neither does the flimsy plot, which does not stand up to even a gentle prodding. Fighting Storm is a pseudo-military organization that helps people with their (violent) problems and maybe also is a government entity. The plot tries to establish and then gets repeatedly back-burnered by the romance arc, which starts and stops more often than my car. On the plus side, there’s some psychic sex scenes, which aren’t too bad:

I was the reason she hadn’t satisfied her sexual needs, the reason she was so overwhelmed she was practically ready to explode and had to hold herself in check.

If she’d touched herself, I would have felt it. I would have known exactly who and when and how. Yeah, that would have been awkward for both of us.

Kelly gains three dimensionality as Vick looses hers–a function of the choices Vick makes, yes, but not helpful for the narrative. And at the end we get treated to an on-page rape scene which serves no narrative purpose except tittilation, then a plot/romance conclusion that is not at all satisfying (first part below so you can get the flavor of it):

I clench my jaw as he slips the carving knife under my collar and rips downward, slicing through both my envirosuit and the uniform beneath, all the way to my waist. Another flick severs my bra between my breasts, and the material falls away, baring me to his insane leer. My nipples harden to a painful state as the chill hits them. A glance down his body tells me they aren’t the only the only things that have hardened.

This is the first in a trilogy, but I won’t be reading the others. The book had a lot of promise and a very nice set up for a romance, but the plot was far too flimsy and on-page rape scenes are a big no for me. There were some solid sci-fi elements, but not enough to drive the narrative. I felt like the book tried to walk a 50/50 split between romance and sci fi, and failed to meet the trope expectations of either.

You can have telepathic sex with a hot android lady by buying the book here. 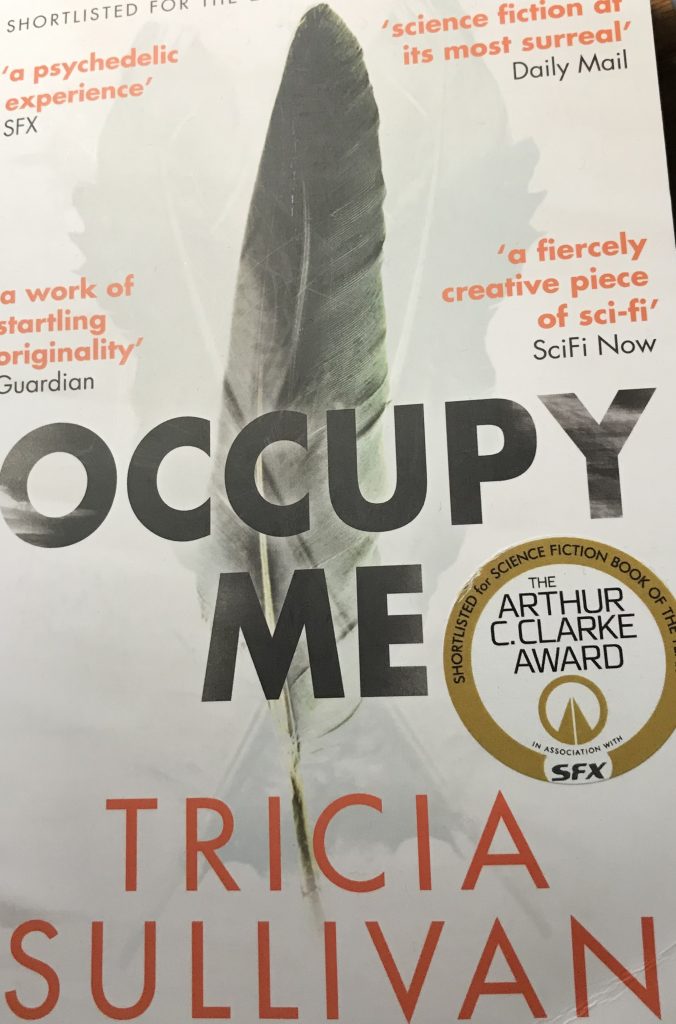 Pearl, who is probably not an angel, works for the Resistance–an organization that does small acts of kindness to improve the overall world. Stealthily. She’s unnaturally strong. She has wings that exist in a sort of extra dimensional space pocket and is missing part of herself–a part that appears to be stored in a killer’s briefcase that may also contain an extra dimensional space pocket and dinosaurs. Having no memory of who or what she, Pearl knows she must get back the briefcase at all costs, putting her job, her lovers, and her connection to humanity on the line. But the man with the stolen briefcase has a secret of his own, and Pearl’s truth, if found, may be more than the universe can take.

Shortlisted for the 2017 Arthur C. Clarke Award, OCCUPY ME is urban science fiction at its best. It’s weird. It’s twisty. It’s got killers and altered states and dimensional pockets and dinosaurs. What isn’t to love?

Pearl, the main protagonist, wakes up in a refrigerator with no memories, a lot of energy that needs to be spent, and wings that may or may not actually exist in reality. Dr. Sole, the other main character, has two people living in his head and driving his meat sack body, and only one of those people is him. He’s also accidentally killed some relatives of his not-quite-dead-but-very-definitely-evil geriatric employer, which is why he has the guy’s soul in his inter dimensional briefcase.

The briefcase, of course, is the missing part of Pearl (her launcher), and she cannot regain her memories and purpose without getting it back. Dr. Sole has plans of his own–mainly to screw his boss for destroying Dr. Sole’s village, ecosystem, culture, and basic will to live.

Everyone wants the briefcase. Every time Pearl and Dr. Sole tangle, dinosaurs come out of the briefcase and fuck people up. Pearl’s girlfriend breaks up with her for crashing a plane, she meets a hot veterinarian, Dr. Sole kills a bunch more people, and everyone ends up in dinosaur land for a while, and eventually, space.

It’s fucking fantastic, if not a little confusing. BUT ALSO FANTASTIC.

This book is gilled with social commentary:

It is so tiring and ironic, their fear. No matter how many African people the white people robbed of their lives, still they will be afraid of you.

Marquita was sleeping, sprawled on her back with her mouth open, a slug trail of saliva tracing gravity’s vector from the corner of her mouth. Her brightly-beaded braids were splayed around her in a semi-circle like the head of a paintbrush that’s been jammed against the paper. Or a halo. The hotel’s Egyptian cotton sheets were tangled with her legs, but one foot had managed to escape and its painted toes twitched in her dreaming. She wore a shell necklace that wouldn’t have looked out of place on a mermaid and, even though the fine wrinkles on her neck and around her eyes showed the drag of years, she had fucked like a storm all night.

Number 47: because you never know when your obliging vet friend will ask you to hold an unconscious pterosaur’s leg out of the way while she roots around with her forceps, looking for the place where the bullet chatters agains the bone.

The chapter headers in particular are gold (see example: Fucks like a gerbil) and there is no small amount of third wall breaking:

This is for everyone who thinks ships are made of metal and petrochemicals and that they travel through space like sailboats travelled the high seas, propelled by mysterious engines that grant them impossible speed. That space sailors have space battles with space pirates and electrical cables and explosions and space bars with space booze.

And, like all moderately confusing books, it offers fantastic summary paragraphs every so often to catch the reader up:

‘Indeed,’ you say. ‘I shall tell her that until further notice I will be living in an airplane hangar and fraternizing with the Loch Ness monster while you engage in a little dubious financial hacking to try to recover some of the funds that were lost when Bethany Collins ruined the future of humanity because her boyfriend doesn’t satisfy her sexually. My wife will then file for divorce and report my location to the police.’

OCCUPY ME is wild and weird and perfect for 2021 (though it was written back in 2016, the vibe still works). Even if you never grasp the plot, the writing is sharp, witty, and engaging. It’s original sci fi, surreal at times, honest all the time, and breathtakingly innocent.

You can escape the pterosaur by jumping into the magic inter dimensional briefcase by buying the book here.

This review is for the third book in the series. Read the review for book one here, and book two here. 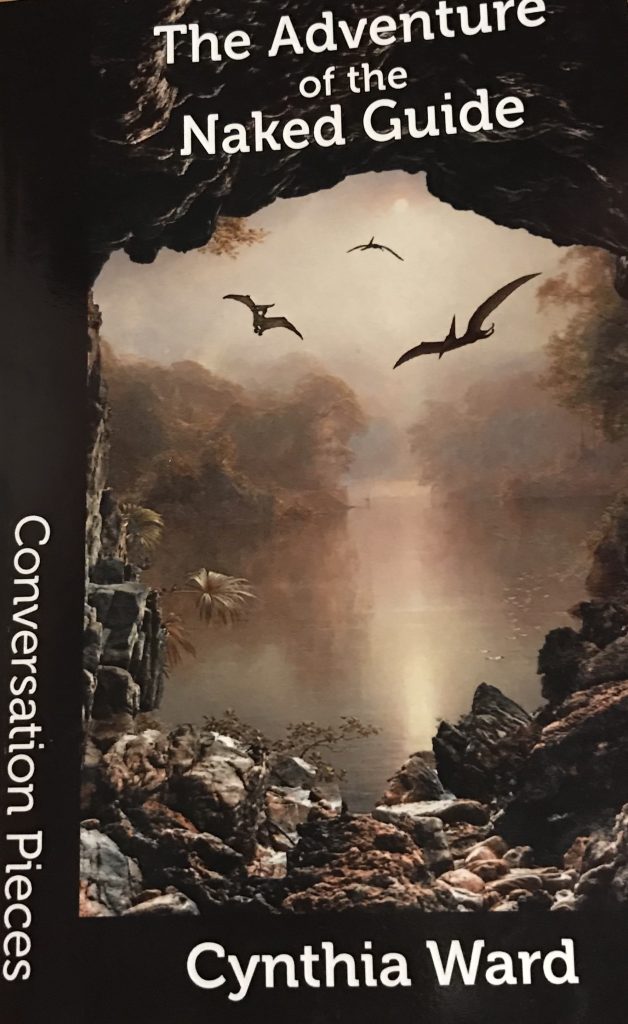 Half-vampire Lucy IS BACK on another adventure with her vampire lover/girlfriend/it’s complicated. In this installment her human mother (a vampire hunter, once raped by Dracula, who is Lucy’s father) has gone missing and British intelligence has tapped Lucy, with her otherworldly powers, to bring her home. (Lucy is also related to Attila the Hun, for reference).

The Great War has a new front, however…THE CENTER OF THE EARTH! Complete with dinosaurs, mole people, and basically every piece of camp you could ever imagine (except the Martian heat rays. Those were on the Titanic in book one. Also Tarzan.). Lucy must journey inside the earth to rescue her mother from the eeeeevil Dr. Krüger and some feisty tyrannosauruses.

But her journey is not without passion! Though girlfriend/vampire Carmilla cannot accompany Lucy because Victorian Sexual Mores and Lesbians Are Evil, Lucy gets help from a very hot proto-human/mole person (it’s not quite clear) who ends up sneaking a kiss while forcing Lucy to confront her own internal homophobia.

You can’t keep a good vampire down, however, and Carmilla pops up just after the kiss, having witnessed everything and, very amused, continues to prod Lucy on her emotional journey. Then the plot shows back up, everyone gets kidnapped by the eeeeevil Dr. Krüger, there are some machine men, Lucy’s mother finds out vampires aren’t evil (which basically destroys her since she had to kill her bestie after a vampire turned her) and Lucy completes her moral journey.

Like every installment of the Lucy Harper chronicles, this book was an absolute blast. The camp is just so well done. The subtle references to Tarzan, Sherlock Holmes, etc., are perfect. This is pulp science fiction the way it was meant to be. I want a dozen more of these at least, and Lucy and Carmilla better have some awesome vampire babies STAT that get to ride dinosaurs around downtown London.

And as always, the book has excellent quotable lines. My favorite:

Standing close to attractive people in a state of undress has a predictable effect on my libido.

You can visit the center of the earth on the back of any number of dinosaurs by buying the book here.

Genre: fantasy: classic retelling Pairings: f/f  (not the lead though, as far as I can tell) Queer … END_OF_DOCUMENT_TOKEN_TO_BE_REPLACED