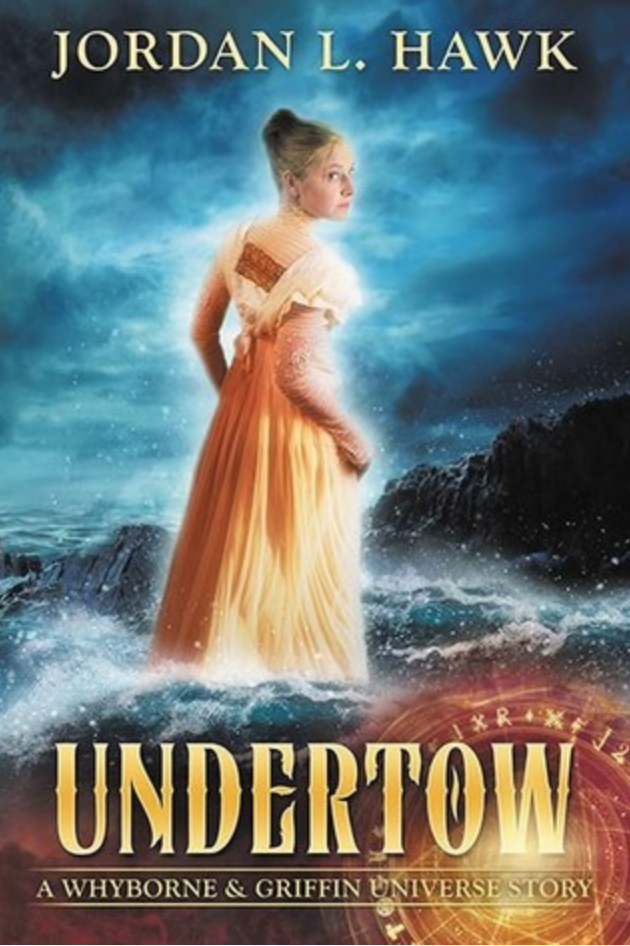 Secretary Maggie Parkhurst has a missing friend, dead squid on her windowsill, and an overbearing potential-fiance’. As she works to uncover the secrets of the quaint seaside town she has found herself in, Maggie runs afoul of magic, mayhem, and some sort of brutal sounding mermaid people who also make excellent lovers.

Yes, it’s that sort of book.

Written in the sort of pulp vein of THE ADVENTURE OF THE INCOGNITA COUNTESS, Hawk brings us a short novella in the Whyborne & Griffin Universe about a shy secretary and the sea monster that loves her. The book is short, pulpy fun with enough substance to give you that full feeling, and enough fluff to leave you wanting more.

The adventure begins with Maggie waking to the smell of squid. One is on her windowsill, which makes no sense, but is quickly forgotten once her friend, Irene, goes missing. Persephone, Maggie’s old sea monster-mermaid friend, is also lurking around (definitely not leaving old squids on windowsills at courtship material), as is Maggie’s potential male fiancé.

Events transpire as they tend to do in these sorts of books, the obvious villains revealed, and a fun mermaid battle scene ties up the end. There’s an excellent sex scene between Maggie and Persephone towards the end, and plenty of delightful scenes such as the one below:

“But you didn’t like the squid,” she said, as though making an argument.

“The squid? What…oh.” Realization dawned. “You’re the one who left the squid on my windowsill?”

“How else was I to court you?” She must have read my shock in the expression on my face, because her brows drew together. “This isn’t a human custom?”

At 83 pages, UNDERTOW is a quick, sexy, delightful little mosterfucker book that’s well worth the cost of admission. Fans of Cynthia’s Ward’s vampire series would be quite comfortable in the port town of Widdershins, which you can visit in paperback here and ebook here.