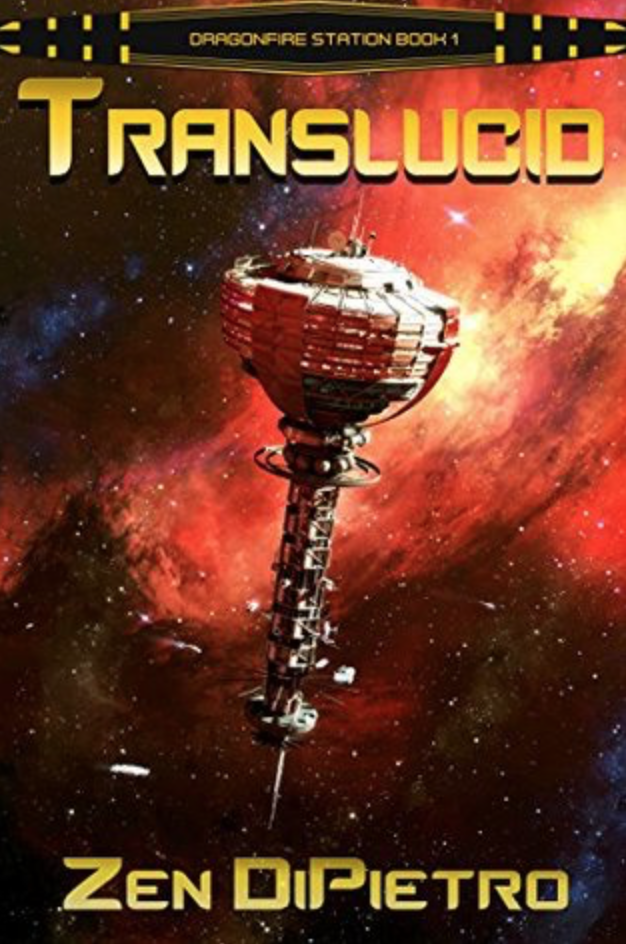 Emé wakes up on a space station with no memory of who she is, but a complete memory of her job as a security chief. With every part of what makes her her missing, Emé must learn to trust those around her while she pieces her life back together. It turns out, however, that the person she was before was a liar–a good one–and Emé must unravel not only her personal identity, but determine why she lead a second life on Dragonfire station…with a wife who was originally her ‘mark.’

Heeeey it’s space lesbians! My favorite trope! The book started off strong, with a great hook chapter with Em waking up without her self-memory but a great technical memory… and then having to go home with a wife she does not remember. Em also discovers she has some uncanny fighting skills that she’s been hiding from the entire station. There’s great tension, the pacing is reasonable, and the interaction between Em and her wife is fantastic. The only time the pacing drops is in the final third of the book, when Em leaves Dragonfire station to find her missing Black Ops friends. Even then it doesn’t drop so much as it changes. The book goes from a sweet space opera directly into military sci fi, which was a little jarring. It was almost like two books smashed into one without much transition, leaving me to wonder if the rest of the books in this (extensive) series skew to the space opera side, or the military sci fi side.

This is one of those times were the narrative carried the book despite its flaws. The writing could have been much cleaner and direct, and there were numerous instances of timeline conflicts (pg 89, for instance, when Wren tells Em that a friend will be visiting for dinner that night, only to have Wren and Em watch a movie and go to bed because the friend actually isn’t coming over until the next night). The editorial work on this book was not tight, but it was easy to forgive amongst the intrigue of Em’s identity and the richness of the station.

I was instantly involved with Em. Her lost memory and the issues surrounding her wife and living situation created strong conflict from the first page and drove the book the entire time Em was on the station. Wren, her wife, was three-dimensional despite having very little page time. There was a menagerie of secondary station characters, all of whom were fleshed out and had distinct personalities. A number of cultures were very well described as well, giving a 270 page book surprising depth.

The members of the Black Ops team were less compelling, likely because they were introduced late in the book and had little screen time. It was hard to make the transition between Em’s daily station life and her Black Ops life, especially after she left the station. I think I needed more investment in the three other ops characters before I could get on board with the story line moving in their direction. One of the main factors keeping me from picking up the next book, in fact, is the uncertainty of whether it would continue the military side with Em’s operative friends, or whether it would drive Em back to the station and her interpersonal relationships there.

In the end, TRANSLUCID is a strong addition to the lesbians in space genre. Those interested in space opera and its intersection with military science fiction will enjoy this book. Those looking for straight space opera may want to look elsewhere.

You can buy TRANSLUCID in ebook here and paperback here.

As an addendum, since purchasing this book the cover has been updated. The cover in this post is the old cover, which I adore. The new cover is…decidedly not as nice.