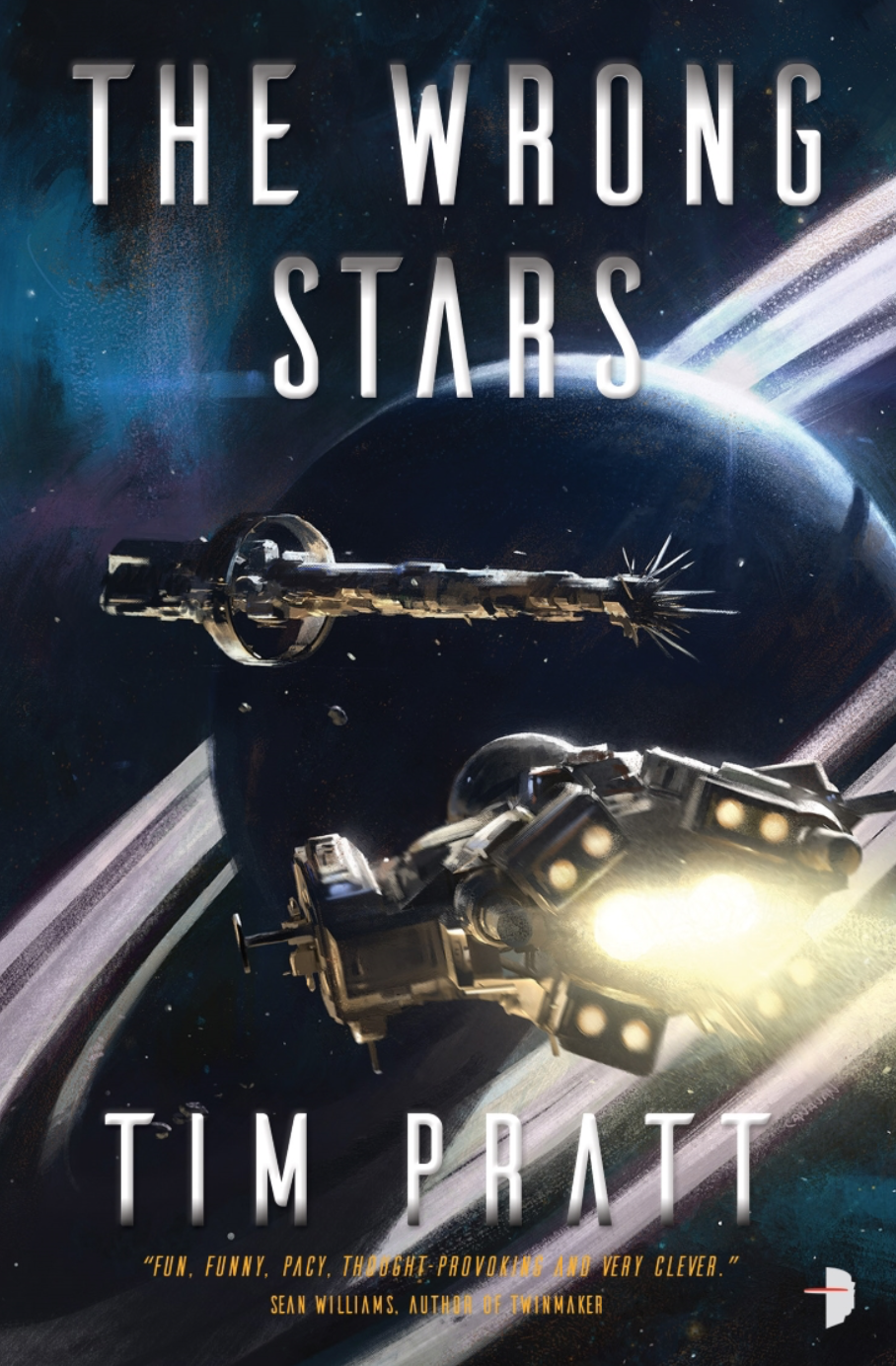 Callie, captain of the salvage ship White Raven, stumbles upon a derelict ‘Goldilocks’ ship–one of many vessels sent out of the solar system some 500 years ago in the hope of finding new worlds to seed. The one remaining passenger (in cryosleep of course) awakes with tales of aliens, and not the kind humanity has been interacting with for the past 300 years.

What follows is fast paced, seductive tale of two women whose worlds collide in all the right ways at all the right times as they unravel a galaxy-wide conspiracy about some unruly ‘gods’ and their plans for the universe. If this sounds a lot like the overarching plot to ARDULUM, you’re not wrong, but the books are actually really different in execution.

OMG. Just… OMG. I’ve had a lot of good books come through my TBR pile in the last few days but this one just blew me away. The ‘just on the right side of the law but okay with going over the line’ crew, the hot tension between Callie and Elena who have a bit of an age and power differential (but not enough to be squicky), the quirky crew, the tech, the creep AF aliens, it all worked so well together. Space lesbians at their finest, with a great plot to boot.

The queer representation too, is top notch, hitting most every end of the spectrum (and naming almost every iteration on page). Trans characters, on-page bisexuals whose histories are not erased or minimized, nonbinary characters with nonbinary pronouns, all seamlessly integrated. The book also misses the binary gender trap so many space operas fall into, and the aliens have multiple genders, sexualities, and ways of reproducing (I think at one point the book says the Liars have seven sexes). It’s really neat, too, that the humans don’t really understand their genders or reproduction, so despite being heavily complex, Callie’s max understanding of the Liars is:

“His” wasn’t really accurate–Liars didn’t exactly fir into human gender categories, and when it came to biological sex, Liars either reproduced asexually or had multiple sexes or cloned themselves, depending on which group you were talking about…

The banter, in particular, was very well done (pg 23 of the print version being an excellent example). The aliens are both familiar yet creepy and very well fleshed out. The brain spiders are suitably terrifying, the plan for galactic domination both deliciously evil yet somewhat understandable, and the ending satisfying while still leaving room for sequels. Every explosion makes you whoop with excitement and every plot twist leaves you bug eyed and frantically turning the page.

Hands down, I would put THE WRONG STARS in my top three books I read this year, right next to STARLESS by Jacqueline Carey and BARBARY STATION by R.E. Stearns. I bought the sequel immediately after finishing book 1.

You can buy this delicious space lesbian adventure (complete with sexual tension and discussion of ‘straps’) on ebook here, paperback here, and audiobook here.

To read the review for the sequel, THE DREAMING STARS, click here.