Genre: fantasy: sword and sorcery (YA) 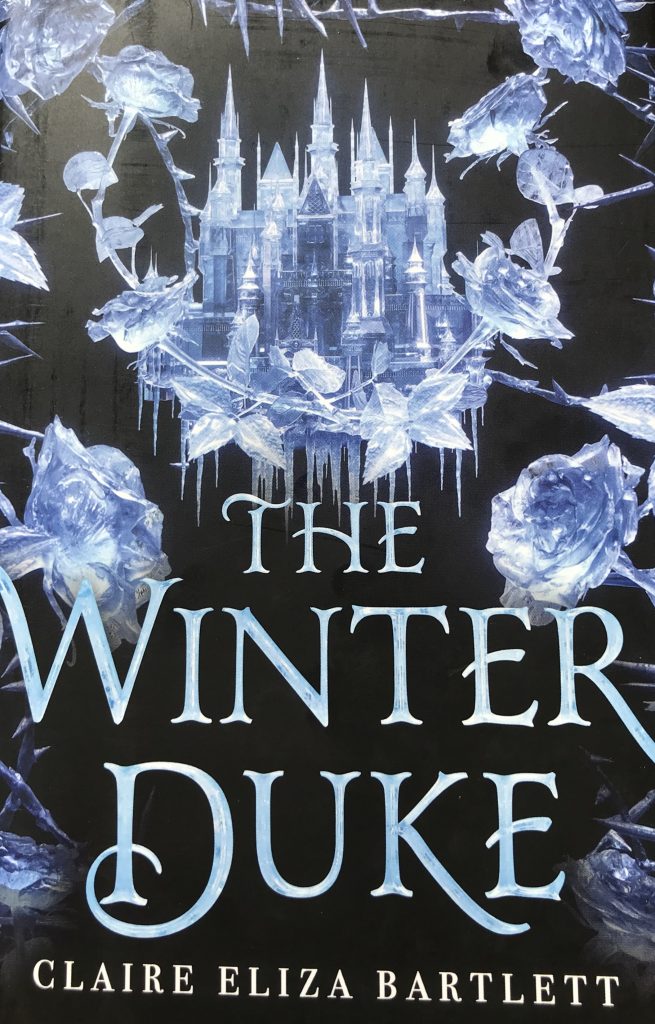 Ekata is a middle child in a huge, vicious royal family that decides heirship via Battle Royale. The princess has no interest in ruling Kylma Above, however, and is days away from leaving for university, where she will train as a biologist. All she has to do is make it through the crown prince’s bride selection ceremony. Her bags are packed. Her nurse is ready. Finally, finally, she has the chance to escape!

The morning after the bride selection, Ekata awakes to find her entire family has fallen into comas, leaving her the Duke of Kylma Above. Worse, her adopted brother, mysteriously immune from the sleeping sickness, wants to take over the kingdom. Unwilling to let her sadistic step-sibling win, Ekata agrees to be interim duke while she attempts to solve the mystery of her family’s sickness. But Sigis has plotted for too long to let sixteen-year-old Ekata keep the throne. The princess must weigh her desires for university, her loathing of her family and the throne, against a budding romance with her new warrior-wife Inkar and her desire to learn more about the mysterious mer-people of Kylma Below–the merpeople that may be the key to unleashing her magical abilities.

THE WINTER DUKE was a surprising YA. The start was slow, as I find with many books in this genre, but picked up steam quickly. The middle third of the book was absolutely fantastic, and the worldbuilding unlike anything I’ve come across (why wouldn’t you have an ice castle above a lake that has fish people in a mirror kingdom, I ask??). Then the back third sagged again as the book became mired in politics.

Still, despite the politics-FISH PEOPLE OMG-politics arc, what kept me reading was Ekata. I have never encountered a heroine in YA who is as brazen, confident, and successful in fantasy. I’m much more used to the trope of ‘confident and slapped down, confident and then bad thing happens,’ etc. And bad things do happen, but this was a world where, generally, when Ekata spoke, people did what they were told. And that’s because this book achieved what many do not–it is (mostly) free of patriarchal bias.

I don’t mean this in a ‘there is no patriarchy’ way. I mean it in a ‘the lead lady character is treated the same as her male counterparts.’ Most fantasy books, and some sci fi, seem to bundle sexism in with things that our heroine must overcome, and it is so tiresome. THE WINTER DUKE gives us ageism, sure, and palace politics (blurgh), but no ‘why would we listen to a little girl!?!’ BS.

And just, fucking thank you, Claire Eliza Bartlett, for that.

Other redeeming qualities of the book include the love interest Inkar, who doesn’t give a fuck about politeness and carries to axes around wherever she goes, yet looks like a confection in her dresses. +10 for YA power femme/soft butch.

Their faces ranged from bored to angry–except for one girl, the girl who’d smiled at me last night. her muscle-toned arms were bare under a green wool vest, and her dark hair had little light streaks in it, as if it had caught pieces of the foreign sun and spun them into gold. I frowned at her crest, a serpent wound in a knot, She didn’t speak–she just drummed her fingers on her belt, where two ax loops sat empty.

She smiled at me again, and my stomach flipped. She had fresh kohl around her eyes, pink on her cheeks, and red on her lips. She looked like she was enjoying herself.

“Salijom I command you not to laugh at me,” Inkar grumbled. I looked around, confused, then Realized that Saljo was the name of the guard. How could Inkar know his name better than I did?

“This is awful,” Inkar said. She kicked the inside of her skirt. “How am I supposed to protect you in a skirt like this?”

“You’re not supposed to protect me,” I said. “The guards protect me. They protect you, too.”

“I do not need protection,” Inkar replied. “Except you buried my axes under an entire sheep.”

+20 for completely random merpeople under the castle, which I was NOT expecting and was really the best damn worldbuilding I’ve seen in a long time. My regret there is that we didn’t spend nearly enough time in that arena, instead focusing on the (tired) politics of murder monarchies. -5 for underwater fungi, since fungi are obligate aerobes, but I’ll let that slide for now (foxfire does NOT work this way…). +5 for absolute, without a doubt, lesbianism:

Was he flirting with me?

He was flirting with me.

Still, for YA (which you all know is never my favorite), this book was a damn delight. Read it for Ekata, read it for Inkar, read it for the fish people and their magic, or read it because dudes do actually get their comeuppance, and you don’t have to wait till the end of the book to see it, either. Whatever. Click here to get yourself an ice rose and settle in for a read you’ll be delighted to share with your daughters (and other offspring, but particularly your daughters).