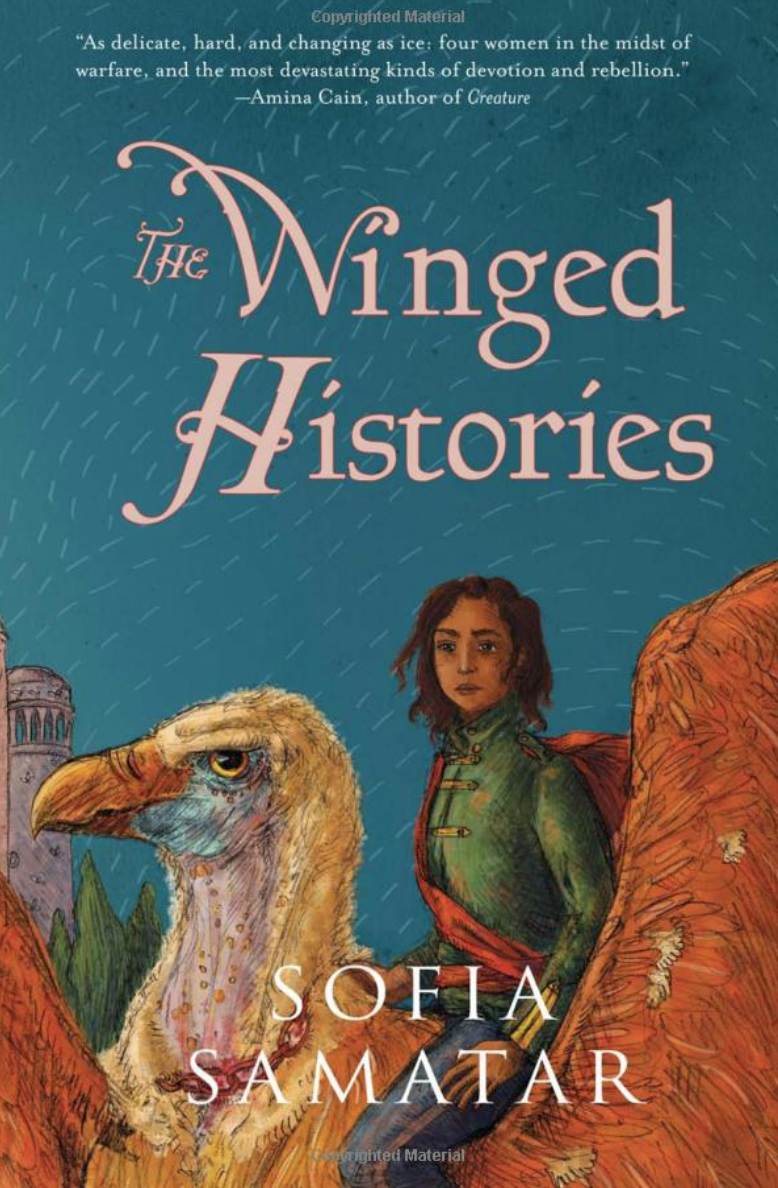 An epic war across an empire is detailed through the experiences of four women: a warrior, a poet/singer, a scholar, and a belle.

It’s rare that one gets to view war through the eyes of women, especially when such a view is not driven solely by warrior-women. THE WINGED HISTORIES (TWH from now on) provides a lush, lyrical description of four strong-willed women as they cope with the challenges of power, corruption, and ‘dark’ magic.

In many ways, this book reminded me of THE TIGER’S DAUGHTER in terms of prose and general construction. Samatar’s writing is poetry, and so nuanced that each sentence really should be read a few times to really get the full meaning. In contrast to THE TIGER’S DAUGHTER, however, TWH is less love story and more bold epic fantasy. While there is a f/f romance line, it is not the main purpose of the story. Instead, it serves to highlight the moral grayness of those engaged in war, and gives a deep humanity to several of the characters.

Deeply woven, sometimes almost to confusion, the plot of TWH has an unexpected depth and a slow climax. None of these detract from the book, and in fact make it more compelling a read. Readers who handle more than two POV characters well will have absolutely no issues in following each chapter, however those who stumble with more than two POVs may want to look elsewhere. Due to the complexity of both prose and plot,  the reader must be ‘turned on’ at every moment while reading, and this can be tiresome over 300 or so pages.

While I never really connected with the aloof Tav, her poet/singer love interest was remarkable compelling. The romance, when viewed through the poet’s eyes, was very well realized and fulfilling. Unfortunately the first POV we are introduced to is Tav’s (the warrior), and she felt flat and two-dimensional. It was the later character POVs that better drew me in, and while I did have a hard time finishing the book, I do not regret pushing through it.

Generally, if you are a lover of high fantasy and more lyrical writing, this book is a solid choice. You can buy it in paperback here and ebook here.