Warnings: none–but so many enbies you might have to fan yourself 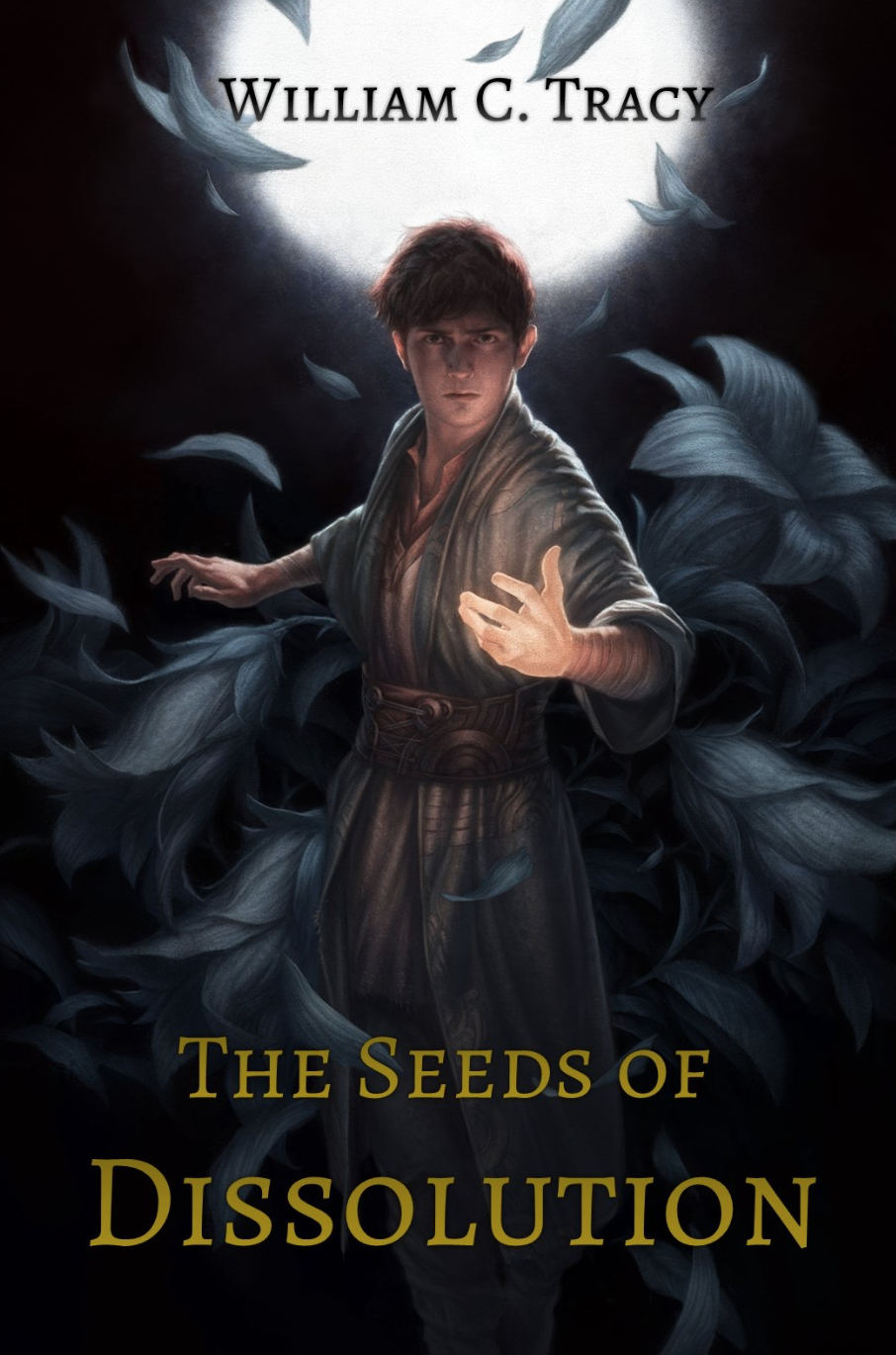 After watching his parents die in a freak storm as a child, Sam’s anxiety has kept him from leaving his house. When another inexplicable force of nature drags him out of his house, across space, and into the Nether–a place outside our universe–Sam must learn how to live with his anxiety amongst aliens while also discovering the magic that lives inside himself.

At it’s most basic, yes, this is a ‘white boy goes on a journey’ story. But it is so much more than that. At 400 pages, this is a high fantasy story (science fantasy, mind) with multiple POVs, a well-defined magic system (music!), and a relatable, flawed MC. The world is rich and lush, well described but never ad nauseum, the characters well rounded, and the species distinct and colorful. Tension builds steadily throughout, the ending is satisfying, and narration is easy to read. Bonus – the cover art and interior illustrations are gorgeous. I was also really pleased that Sam (our MC) does not get over his mental illness, but instead, learns coping mechanism throughout the story that help him interact more with his friends. Even at the end Sam is still gripped by his anxiety, but is able to do his part to save the day. It’s rare to find books that do not treat mental illness as something to get over, but rather, allow for it to simply be a part of a character.

The main relationship is a polyamorous one, between Sam and Inas (male) and his twin sister Enos. Sam is on-page bisexual (an argument could be made for pansexual, as one line notes Sam is interested in the twins for their personalities, not their forms). He is not closeted at the start, and as his interests unfold there is no mental turmoil about being attracted to another male, or being attracted to two people at once. This was all very refreshing, and it was nice to see not only aliens being fine with canon queerness, but an actual human being okay with it, too.

I want to do a special callout to the gender representation in this book. It seems ridiculous that this is so rare in SFF, as any time you deal with new species there should never be an inherent assumption of a gender binary. And yet, SFF, especially science fiction, is rife with the strict male/female dynamic. Tracy presents species with genders of all variants, from agender, to third gender, to straight up uncategorized nonbinary, to a gender fluid main character (and no one, no one, freaking cares that they have to pronoun check every so often for this character!). None of the POV characters were outside the binary, but the world was so rich with enby characters I didn’t even mind. It felt nice, for once, to be ‘included’ in a SFF narrative without being the reason for the narrative existing, if that makes sense. Sometimes the most useful way to show your support for a group of people is to make them everyday players, and this book does just that.

The joy of self publishing

This book is a great example of why self-publishing can be a wonderful thing. Books like this, which walk right between science fiction and fantasy, which have a YA-aged protagonist mixed with much older POV characters, and which have a high word count (book is right at 400 pages), can be a very hard sell to agents and publishers. SEEDS is exceptionally well written, avoids the pitfalls I see with many self-pubbed books (lack of editing, unattractive cover art, lack of act structure and/or through line) and delivers a quality story. The interior art, as well, is a hallmark of Tracy’s stories and really adds the finishing touch to this novel.

Overall, this book should appeal to readers across science fiction and fantasy, as well as YA and adult readers. Queer readers, especially those outside the gender binary, will feel right at home in the Nether, and there is plenty of ‘standard’ fantasy fare to keep general readers interested. I’m very much looking forward to the next installment!

You can buy THE SEEDS OF DISSOLUTION in print here and ebook here.