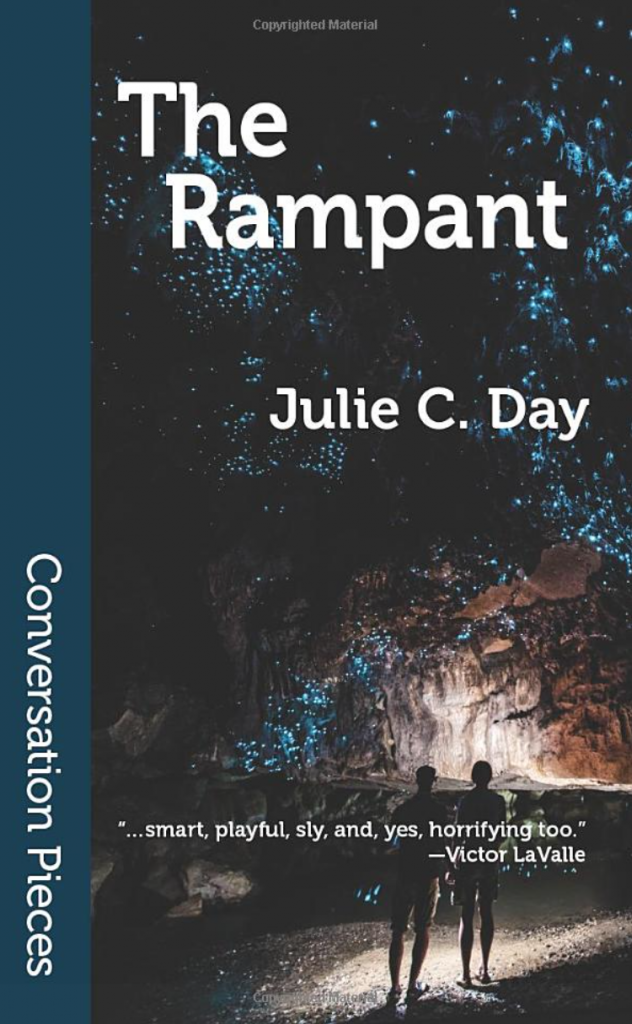 Good news! The rapture came and it was nothing at all like what any of us prepared for.

Just…we’re waiting for the last god to show up.

Forget the four horsemen of Biblical fame. It turns out the MCs at the end of the world are the seven Evil Messengers aka the Rampant and his six siblings. The Rampant’s brothers, six of those seven Messengers, arrived ten years ago, ready to wave the Rapture starting flag, just as the King of Heaven and Earth had scripted. The Rampant, however, had other plans.

The end of the world has been here for ten years now, and the rapture is pending. Trouble is, it didn’t come from any of the big world religions. Sumerian gods are the real deal and most of them showed up for the apocalypse. The Rampant, unfortunately, is ten years tardy, and the rapture can’t happen until he shows up.

Sixteen-year-old Emelia has been tasked, by the Rampant, to find him in the underworld and help finish up this apocalypse. She takes her best friend Gillian (whom she does not have a crush on), along for the ride and because two people can carry more PBR (the preferred drink of hungry demi-gods who want to eat you) than one.

Romance is, of course, found along the way:

Mel’s always been tall and skinny like her dad, but these days willowy describes her even better. Sometime in the last couple of years the girl found her curves. Lately, I’ve had to add these non-friend feelings to the list of things best sealed away. Some nights, like tonight, I’m more like a sieve.

The worldbuilding is strong and delves into Gilgamesh lore (see, that 9th grade literature class DID come in handy!), the action and pacing steady, and the characters compelling. The little novella packs a punch, both emotional and in terms of definitely going to be eaten in the underworld by a dead baby-creature.

This book has a whole lot of action and a decent serving of romance in a tiny little package.

+20 for bioluminescent fungi in the underworld!

14/10 would recommend as a great dystopian lesbian monster-killer novella!