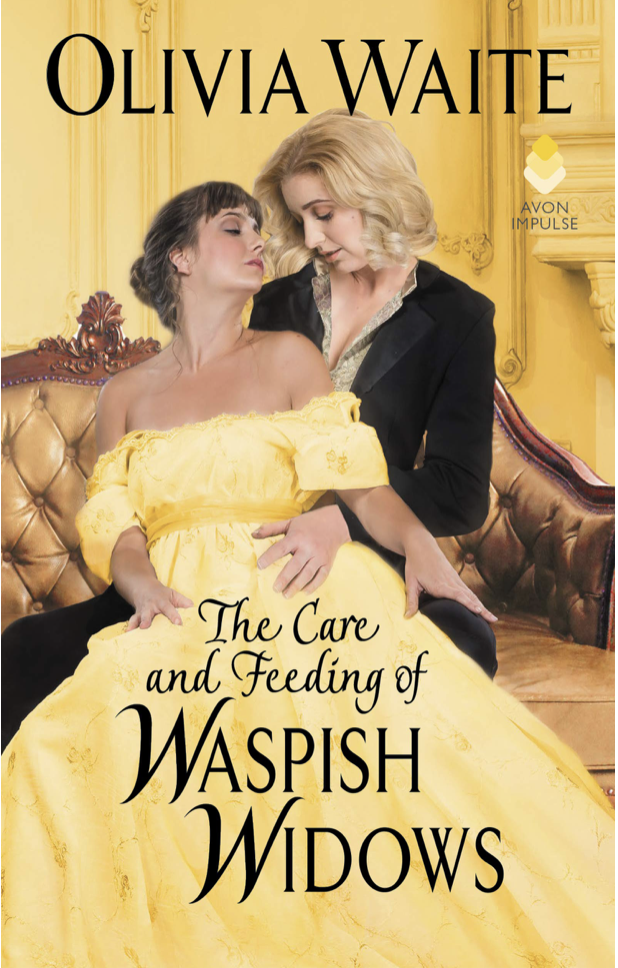 Owner of a printing business and mother of a political activist son, Agatha Griffin is going about her day, minding her own business, when she finds a colony of bees in her warehouse. This cannot stand, so she calls in a beekeeper.

Penelope Flood is a beekeeper. She is also married to a gay man with his own lover. Penelope is entirely dedicated to her bee hives, which reside on land formerly owned by a rich lady who has recently died. The land has been given to others but Penelope inherits the bees, and she is determined to keep them alive. Various other parts of the estate have been given to warring factions and there’s some drama around valuables and inheritance and lewd statues.

If you’re into standard lesbian fare movies, where both women feel the urge for the love that dare not speak its name (even though literally everyone around them is totally cool), long, measured eye glances, and basically this plot, then this book is your jam. The bees and estate management and nude statues are entertaining, but the romance aspect just meanders and takes far too long to get anywhere. The characters aren’t nearly as engaging as the ones in THE LADY’S GUIDE TO CELESTIAL MECHANICS, and seem to be bashed around by the plot instead of interacting with it. Both are reasonably strong women, but I never really connected with either of them. What I did connect with was the cover, which has two women clearly just checking out each other’s cleavage. Hilarious. Fantastic. On-brand.

It’s the same time period and world as CELESTIAL MECHANICS (early 1800s), so readers looking for a tie-in will be pleased (this is the printer that prints the guide from book one):

“Not as full as I like to keep it, to be honest. We’ve got ten or so more pages in the new edition of Celestial Mechanics and then we’re clear,” Downes replied. “I’d planned on getting started on some of the next issue’s embroidery plates, but there’s room if you want to add something.”

Waite plays around with language in the book, which is entertaining and something to look forward to it you’re skimming to get away from the deluge of internal monologue:

Agatha shivered, as if the sun had ducked behind a cloud. You’re wearing her husband’s clothes, Agatha reminded herself, and felt extremely queer about it.

As well as some stellar one liners:

It was an entirely frustrating thing to attempt to supervise two young people resentful of your intrusive presence, while trying not to make obvious calf’s-eyes at the woman who’d fucked you senseless the night before.

To which I say ABSOLUTELY NOT! Well oiled or not, we do not need to be sticking problematic and semi-toxic woods up our vaginas. Heat, pressure, and moisture pull extractives out of wood like you would not believe and THOSE THINGS DON’T GO IN VAGINAS! Yes yes, it’s a period piece but I beg you to ask why not maple!? Beech? Poplar? WHY WALNUT!?!?

If you’re a lover of a traditional romance and don’t mind a lot of ‘is she thinking this, what will people think, what do I think’ back and forth, and/or really like bees, this is your book. It’s not a strong follow up to CELESTIAL MECHANICS but it’s still worth your time. You can invest in your own beehive and try to snag a cross-dressing beekeeper by buying the book here.