Genre: fantasy: sword and sorcery; could also be classified as dystopian fantasy 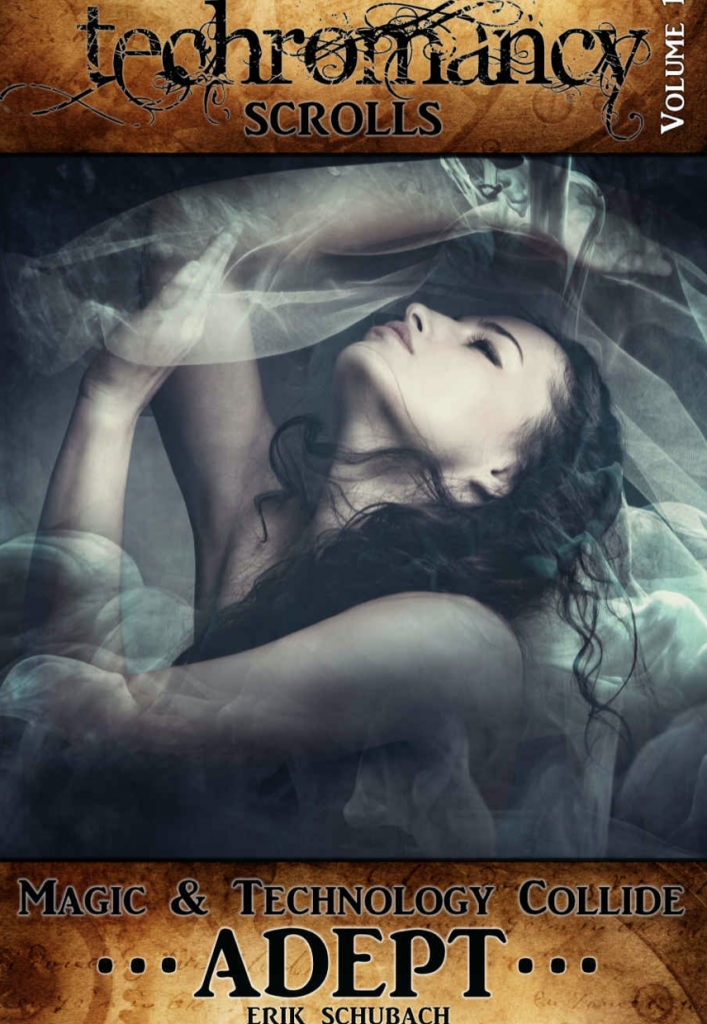 Three thousand years ago the planet Earth had a major extinction event and society has somehow never recovered. Old tech still exists but no one knows how to use it. Instead, they rely on a mixture of 1900s-era machinery and magic, with metals of all kinds being in hot demand.

Laney is a part-time scavenger with an affinity for metals. On a routine salvage operation she runs into Lady Celeste, a Knight of the Realm and a Techromancer. The two make some serious Lesbian Eye Contact, part ways, Laney gets into trouble, shanks some people, and Celeste comes to her (bureaucratic) rescue.

During said shanking, Celeste comes to believe that Laney has more magical ability than she lets on. Also, they’re clearly falling for each other. Celeste makes Laney her squire, Laney turns out to be The Chosen One, and the two make their way through the book’s villains as Laney slowly grows into her power. They finally kiss at the end of the book, despite homosexuality not being an issue at all in world. The end.

This book…wandered. Built around a solid trope foundation of lesbian knight and innocent commoner girl, it moves too quickly into Laney getting out of poverty, and too slowly over their meandering journey to defeat the Big Bad. Yes, it’s clear that Laney has a ton of power, but her battles always feel too easy, and with Celeste functionally handing everything to her that she needs, Laney never really struggles.

There’s no real spark, either between the two women. We mostly get Laney’s thoughts about Celeste’s curves, but this comes off very….almost male gaze in a way. Yes, we all like curves but lesbians tend to like other things, too, and tend to think about other things. The way her voice trembles when she’s excited. The little nicks and scars on her hands. The roundness of her shoulders. The crinkles around her eyes. In addition, the two had no friction to overcome. They make eye contact, they are clearly into one another, they get naked at a bathhouse and boom, Laney is Celeste’s squire and they’re spooning all night long. It didn’t feel earned. It didn’t ignite anything in me, because there was no spark and definitely no flame.

Most problematic in the book was the persistent use of the racial slur g**sy, which clearly pertained to actual Roma people who, yes, even 3000 years in the future are still just magical wanderers with brown skin (the only people to get their skin tone described. I hate white default).

“But what about Mountain G**sy magic? I hear it is something…else…and they are not considered rogues.”

She looked to think of that for a moment to determine the best way to explain, but we were surprised by Duke Fredrick’s voice. He was looking out of the coach. I grinned, he must be bored too.

“What they wield is something different, we think it may be the magics the Wizards of the Before possessed. It cannot be converted to energy and they seem to weave it into spells, charms, and potions that can be imbued into items and persist. It even gives some, the sight, the ability to see the future.”

He was actually a beautiful man. Can you say that about a man? He had long black curly hair, a dark complexion, and eyes so dark they looked black.

The premise of the world is intriguing, although it’s too slowly developed and run by two dimensional characters. I have a feeling this is a series that gets better with time, however I am not inclined to continue reading. Lovers of sword and sorcery fantasy who also have a taste for the endless plot lines and worldbuilding ala Sanderson and GRRM may find the book more enjoyable (especially those who can drown out the racism of GRRM books).

You can see if you’re an adept by buying the book here.