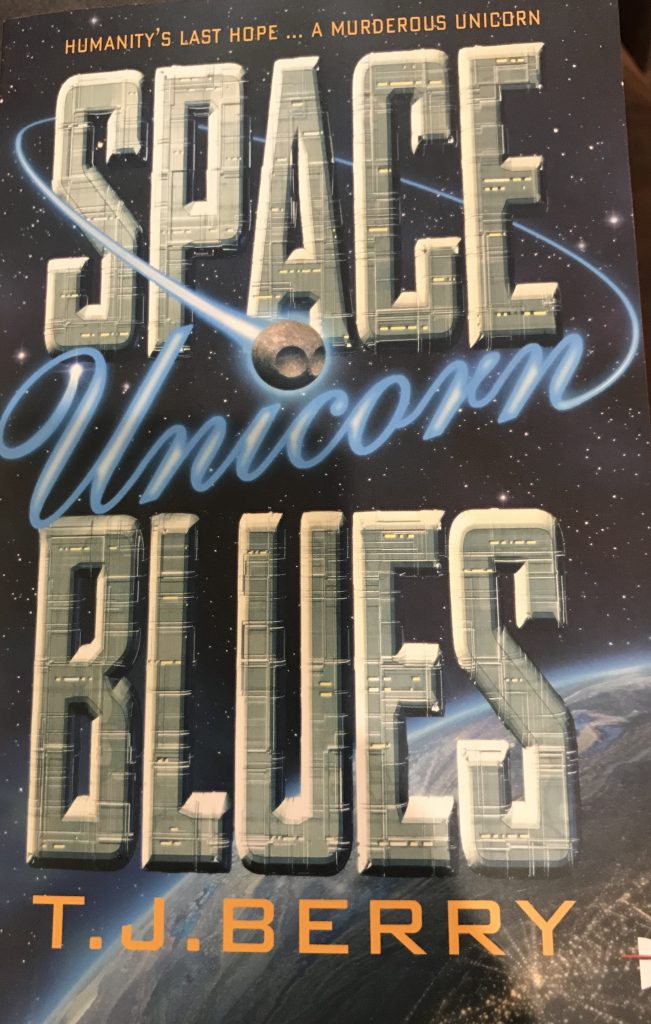 There was also a healthy contingent of planet bound xenophobes who had never made peaces with the fact that the first aliens humans had encountered were an envoy of talking unicorns who offered to teach them farming.

Survey a thousand cultures from throughout the universe and each would have terrifying stories about thin grey aliens with huge black eyes who visited their planet to poke at them. The Pymmie were only a meter tall, but able to control space, time, and matter with alarming proficiency. You could see the intelligence behind their murky eyes, but also a horrifying indifference. They simply went about their grand experiment without concerning themselves with trivial matters like suffering. The Pymmie were not particularly  clandestine with their experiments, the same way that an entomologist would not bother to conceal her presence from an ant.

It’s been one hundred years since the god-like Pymmie brokered a peace between humanity and the Bala–a wide array of fantasy creatures that turned out (surprise!) to be real. The Pymmie promised to return and check in on things right at the one hundred year mark.

That’s only a few days away, and humanity has really, really screwed things up.

Gary is a half unicorn man (unicorns are magical and born in stars. Don’t get gross) fresh out of prison. Jenny is a decorated Reason officer who once held Gary captive and dug into his skull to harvest his horn to power her spaceship. Her wife is also a dryad. It’s complicated.

Unfortunately for all of them, the Sisters of the Supersymmetrical Axiom have had a vision that involves Jenny, Garry, Cowboy Jim (lover of grilled cheese sandwiches and deeply morally grey), and Ricky Tang (morally grey but in a different way, hunter of fortune, trans woman with a killer sense for suckers). Together they have to get a stoneship to the Summit to meet the Pymmie at exactly the appointed date and time, while being chased by Reason officers who want to harvest Gary for parts and trying to rescue Jenny’s wife. In order to engage the FTL, however, they need unicorn horn, and Gary isn’t too keen on letting Jenny back at his skull.

SPACE UNICORN BLUES is the perfect space opera, blending fantasy elements (literally–the Bala are all mythological creatures from Earth’s history, like hippogryphs, angels, unicorns, fauns, etc.) and future tech into a fantastic colonial comeuppance story. In some places grim, in many places hilarious (elf sperm is a natural glamor if you rub it all over your body!), every word packs a punch.

In an interesting style, many parts of the book function like a recap from a previous book (this is, in fact, book one), recounting the history of Jenny and Gary that the reader never gets to see. However, this recap pushes the plot faster than an FTL drive, allowing for sufficient backstory for the character to grow and evolve from the first page.

SPACE UNICORN BLUES shines in the representation department, too: no white default with skin tones, a disabled lead who is not cured (and is fine with it), and queer representation all over the place:

“If you mean Miss Tang, then she’s hosting the game table,”…

“The last time I was here, Ricky was a-“

“A charming host who you will find at the game table,” finished the bartender firmly.

It also gives a soldi study to male privilege, hilarious showcased in an example below:

Ondre launched into a detailed explanation of stoneship control mechanisms. Jenny had learned that while blasting your way out of situations worked middlingly well, the best way to extract yourself from under a man’s control was to pretend you needed his expertise. You could stall for hours with a few well-timed uniformed questions.

White privilege is also called out:

It was interesting to Gary that though the three nations that had come together to form the Reason were ostensibly equal, the officers were almost always pink people.

And, of course, there are quality sex jokes:

“Hey, since you mentioned weather forecasters, what do you call oral sex with a meteorologist who has a vagina?”

and puns! (the one below is a Sister yelling at a birch dryad)

“Move it, birch, or I’ll weave a basket from your limbs,” said one Sister.

There is no reason to not buy this book. None. Adventure, romance, lesbians, unicorns, elf semen… there really is nothing else a reader could want. Grab a piece of unicorn horn and watch humanity get spanked in paperback here and ebook here. Also available in audio!