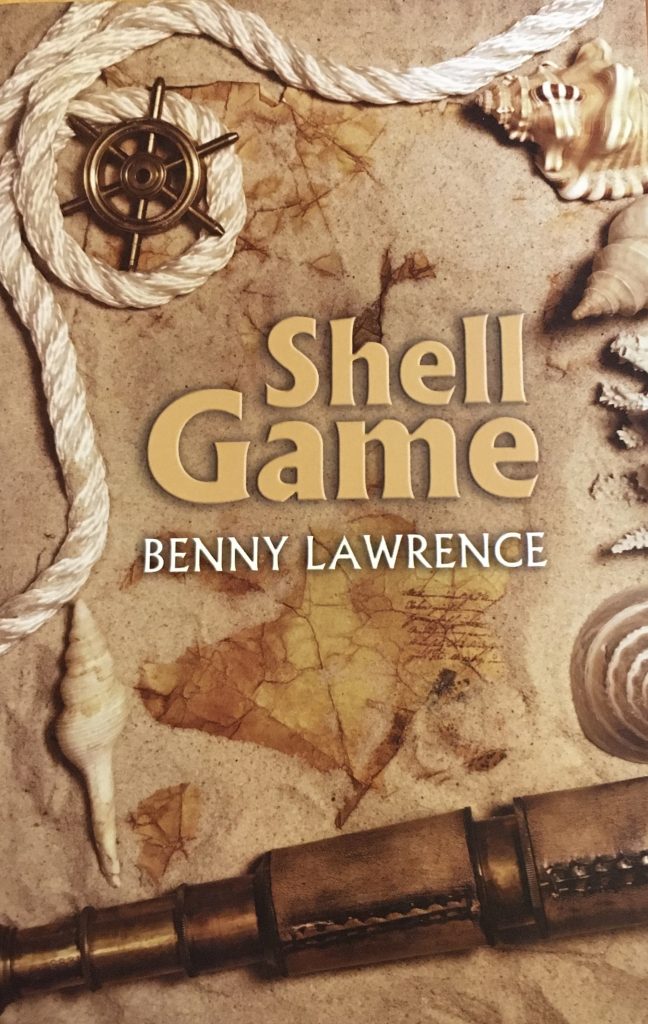 He said, “My name is Hasak, and I am going to rule these islands.”

She said, “My name is Darren, and I am going to punch you in the nose.”

That first relationship ended badly, as they tend to do. Now, with no home and no wife, she sails the seas with a ragtag crew, looking for assholes to punch and fishing villages to save.

Life continues to chug along at a normal pace until Darren stumbles into a fishing village that has just had enough.

The fishing village where I lived was nothing special–just a bunch of mud huts and a fishing skiff or two. And yet four raiding parties had invaded it in the past three days. The first set of raiders took all the young men, the ones with the muscle to work the oars of a warship. The second set took all the men older than twelve and most of the women as well. The third set took what food was left: sacks of flour and jugs of oil and piles of dried fish. The fourth set wasn’t very impressive.

With every island out for itself, the commoners are caught in between warring nobles, and their populations are dwindling.

Lynn, resident of said fishing village, knows an opportunity when she sees it. She challenges Darren, looses, and ends up literally tying herself to the mast of Darren’s ship, insisting Darren kidnap her and keep her in chains or, at the very least, ropes.

Darren has no fucking idea what she has inadvertently signed herself up for. She’s crap at relationships and almost as bad at being a pirate. Lynn, on the other hand, knows exactly what she wants, and is hell bent on molding Darren into the hero pirate queen the world needs. Getting Darren to admit to her penchant for some kink in the bedroom is a nice bonus.

Darren eventually learns that Lynn has a dark past herself, it turns out. One that only a pirate queen can save her from.

SHELL GAME is pirate fantasy at its finest. There’s swashbuckling rogues, political intrigue, fantastic pacing, romance, and one of my favorite tropes: lesbians on boats. The characters are three-dimensional and it takes very little time to gain investment in the two leads.

The romance is hot. Hot. Hot enough that even though you never get any on page sex it doesn’t matter because you know what they are doing. The dom/sub relationship between Darren and Lynn is by far the best I’ve ever read in fiction, showcasing how the power dynamics should work, the role of consent, and the role of respect.

More than once, in some desperation, I wondered whether I would have to keep her in a small metal box to protect her from the others. But Lynn never allowed me to protect her. She had a sharp tongue and a level head, and a strong sense of pride, and she gamely took on the job of carving out her own place on board [the] ship. She did let me show her what parts to kick on the human body to inflict maximum pain, but that was about the limit of what I was allowed to do.

The banter alone is enough reason to read the books. Some favorites:

And every time, I would whisper, “You know, I’m not really a pirate queen.”

And every time, she would whisper back, “Do you honestly think that anyone can tell?”

They say he foamed at the mouth while he was fighting, and each time he impaled one of his victims, he let out a shuddering pant, as if he had just–well, you know.

He moved, but as he moved, he muttered, “Your slave is going to kill us for leaving you.”

“It’ll be good for you,” I called after him.

Iason was on his feet, screaming to everyone and no one, “Kill her! Kill the bitch!”

It’s always the same. Just once, I’d like someone to point at me and scream, “Giver her a foot massage! Give a foot massage to the bitch!”

And of course, Burke occasional slings some life truth in the narrative, such as:

I would like to pause at this point to share something about women that it took me a very long time to learn. If your girl tells you that she has a headache, she is sending you a message in code. The message is that she wants to play a game, and the game is called, “Figure out what is bothering me by reading my mind.” If you fail to guess right, you lose. If you do guess right, you still lose, because you should have known that something was bothering her before she said anything. Either way, be prepared to set aside a couple of hours for back rubs and apologies.

SHELL GAME is an absolute pirate delight. There’s really no excuse not to read this book, unless you’re a asshole noble, or an abusive step mother, or just plain dead inside. Join Darren and Lynn on the Badger in ebook here and print here.

To read the review for the sequel, BEGGAR’S FLIP, click here.