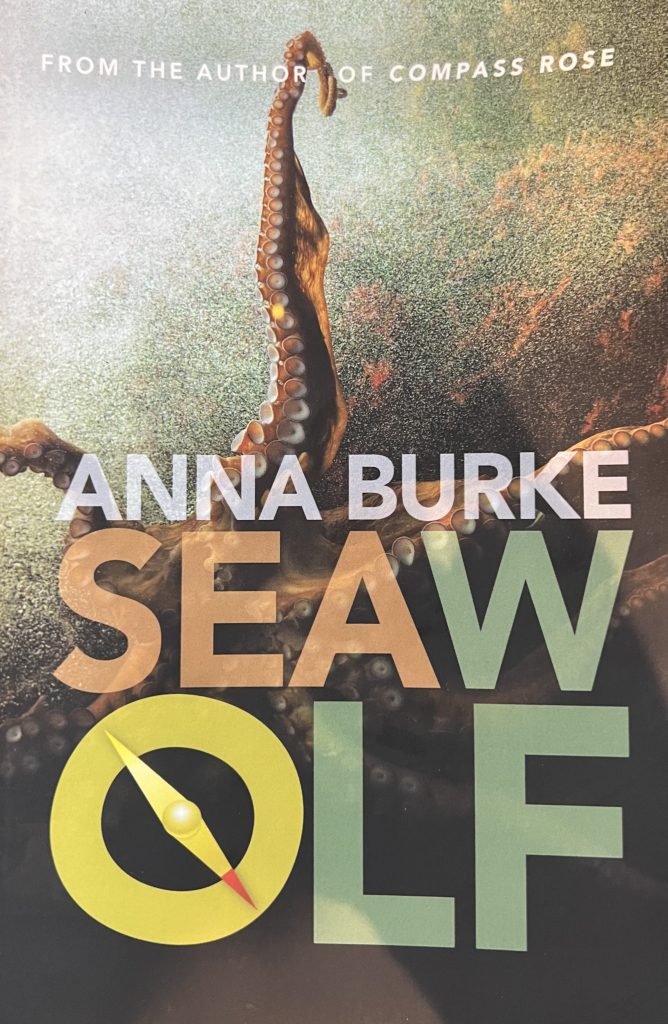 In this installment, the directionally unflappable Compass Rose now resides on the pirate ship Man o’ War, with her lover/pirate captain/it’s complicated. Miranda Stillwater is everything we love in a butch pirate captain. She’s emotionally complicated. She’s a little too into substances. She likes a lot of sex and not a lot of talking. She’s clearly a lesbian train wreck. Which means she does not handle Compass Rose’s early injury and subsequent loss of her navigational superpower, very well. Not very well at all. There’s a lot of very poor decisions, crew mutinies, and Miranda Stillwater treating Compass Rose like a breakable doll. Not breakable in the bedroom, mind, just, you know, there’s only so many jellyfish stings and concussions one captain can take before she ties you to a bedpost. *cough*

The plot progresses, as it does, and we are treated to several underwater battles and jellyfish. People die, people are injured, and the crew is deeply sassy. The main villain from COMPASS ROSE returns to eventually take Miranda’s ship from her, and the crew are sassy about that, too:

I stared at Ching’s–Amaryllis’s–mouth in order to avoid her eyes, noting the chapped skin and the determined bow of her upper lip, and had one coherent thought: What the actual fuck?”

“What the fuck?”Orca echoed my thoughts, slamming her hands on the table in what I assumed, dimly, was shock. “Nobody sails there. The water–“

“Isn’t the real danger,” said Ching. I couldn’t quite bring myself to call her Amaryllis.

Their adventures eventually sail them into forbidden waters, where Compass Rose meets more people with eyes like hers, and gets to meet the lost side of her family tree. It is in this part of the book, the second half, that the narrative really finds its footing. The first half of the book wanders and feels mostly like an extended clean up or epilogue to COMPASS ROSE. Fresh plot and new advances occur once we finally get to meet the sea wolves and learn about their culture. Stakes raise, estranged family members reunite, and we are left on an excellent cliff hanger for book three.

I find with Burke books that the author has really mastered the novella, but struggles in long form. Her full novels would often benefit from about 100 fewer pages (200 fewer in the case of the Robin Hood retelling). SEAWOLF is no exception. The book is a slow start, as was COMPASS ROSE, but lacking the sexual tension that drove the first book in this series. Breakups are all well and good, and make sense in a second book, but without new plot details, don’t much contribute to movement.

With that said, this was still a very enjoyable book and I’m looking forward to the third. A strong opening with the sea wolves for the third book would be much appreciated, as well. (And if you’re looking for what I consider Burke’s masterpiece, check out THORN).

Let yourself be kidnapped by a butch pirate captain (but only if you bring the booze) here.