Genre: fantasy (sword and sorcery) (YA) 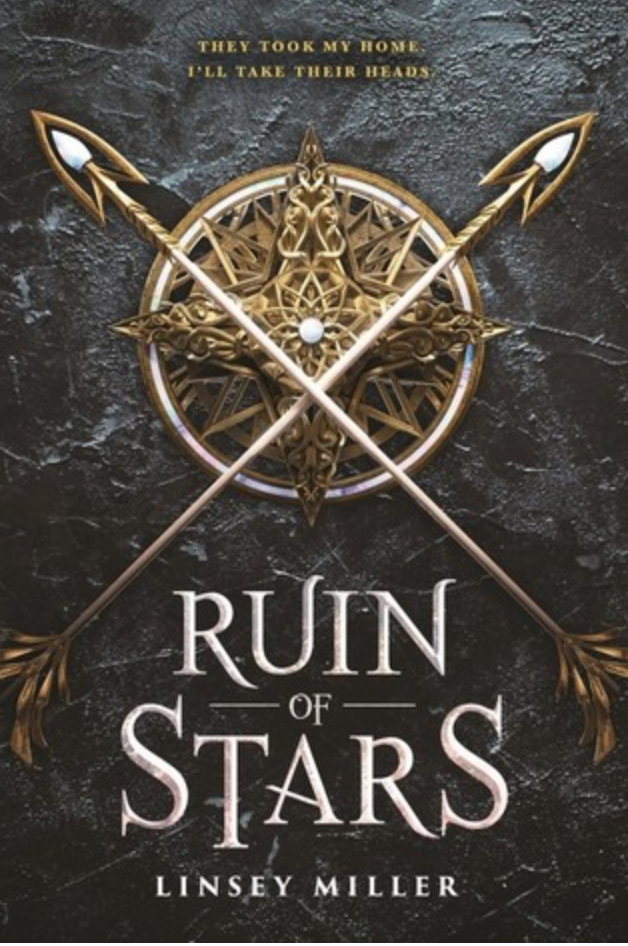 Once again I had more to say on a book (surprise surprise). You can read my official review here. For more in-depth analysis, see below.

This review contains massive spoilers because it is impossible to review the book without them.

The sequel to MASK OF SHADOWS, genderfluid Sal is back as Our Queen’s Opal–ready to assassinate anyone Our Queen needs, but also hell bent on finishing off their own assassination list for the murder of their homeland, Nacea. Much like Arya Stark, Sal has a list and will do anything to cross the names off. Severed ears, missing children, rouge magic, and murderous shadows, however, keep getting in the way.

This was much the same as the first book in terms of plot and pacing. The start was a bit slower to get into, as there was very little rehashing and it was rough to remember all the (numerous) players in the court. I didn’t get really hooked into the narrative until page 159 (I actually dog-eared the page because I got so excited). Things got better after Sal started their quest and the character number dropped to just them and Rath, and a few additional characters. There was just as much violence and gore as the first (which was not a problem–it was very well balanced) and once again, the secondary characters really shone through. So let’s talk about…

Maud remains my favorite person in the series. She’s nuanced, complexed, and so well written than I would pay cash money, right now, for a book just written from her POV. I would read this entire duology again from a Maud POV as well. She is an absolutely delightful duplicitous servant and her devotion to Sal is just perfect. Her interaction with Sal on page 40-42 is just so quintessential Maud. There was never any doubt in my mind which team she was playing for. Please, Linsey Miller, can we have a collection of Maud shorts?

Elise gained some additional dimensionality in this book and went from simple love interest to plot-relevant sidekick. Her romance with Sal remained a bit lukewarm, but that was by design, as the two have quite the falling out about midway through.

The villains were flat out delicious. All of them. I love morally grey people (as anyone who has read the Ardulum series will know), and it was wonderful to go through their mental mechanisms and rationalizations. There were times when I could have easily sided with the villains, too. Burn Nacea! Maybe just leave off the shadow business…

To the enby stuff

Yes okay, enough rehash. You’re here for teh gay, I assume. I was pleased with MASK OF SHADOWS and its portrayal as genderfluid as just part of in-world life. Some explanations had to be given, but generally it was a non-issue. I know from discussions that the author was asked to step up the enby issues in this book, and she certainly did so. I’m not sure I like it? I don’t dislike it, but coming in the second book of the series felt a little jarring. It also only played out in the first half and disappeared again in the back half of the book. Because of all this the issues surrounding Sal’s gender fluidity, it felt tacked on instead of natural, and thus every mentioned jumped out at me, instead of drawing me farther into the book.

I want to make it very clear though, that A) I realize this is not the author’s fault and B) due to the almost complete lack of nonbinary rep in mainstream published YA literature, these kinds of call-outs to identity are almost mandatory. It’s rote for me, but not the cis fifteen year old, necessarily. So in this case, as frustrating as I found it, it has a very legitimate reason for being there.

I did really miss the emphasis on the fluid nature of Sal’s gender in this book. In MASK OF SHADOWS we got to see a lot more of Sal as a woman, Sal as a man, Sal in-between. It made the outfits fun and the titles fun and really helped to humanize Sal. We only get one of those instances in this book, on page 189:

“Lady Opal,” she said–I was but I didn’t like the way she said it, like she’d say it no matter what–and smiled.”

The subtly of this sentence is what made me love MASK OF SHADOWS, and was something I missed a lot in RUIN OF STARS, where Sal’s pronouns seem to uniformly get shoved into ‘they’ instead of bouncing between she, he, and they.

I also enjoyed the extended time with Elise and her canon bisexuality. It was only briefly touched on in the first book, but here it is a major bone of contention that actually drives part of the plot. Erlend sounds like an awful country, btw, and I’ll take a hard pass on a tour package to there, even if we get to see shadows.

The sex scene with Sal and Elise (page 372) was lovely, not only in the way it was written but in that there is no great ‘what’s between their legs’ answer. That is really the crowning achievement of this duology–Miller manages to write a three-dimensional genderfluid character without ever feeling the need to dip into the assigned gender at birth, Sal’s anatomy, or anything like that. The reader is left with absolutely no idea if Sal’s body has a penis or a vulva, and it doesn’t matter in the slightest to anyone in-world. Sure, the Erlend people want you to have one gender and stick with it, but no one appears to have an issue with genitals and gender.

So, as violent and bloody as the world is in these books, in many ways, it’s a lot nicer than our own.

You can buy RUIN OF STARS here in paperback and here in ebook.