Warnings: shower sex that involves too much soap–trigger warning for anyone who knows how poorly that should go (this is clearly not a real trigger) 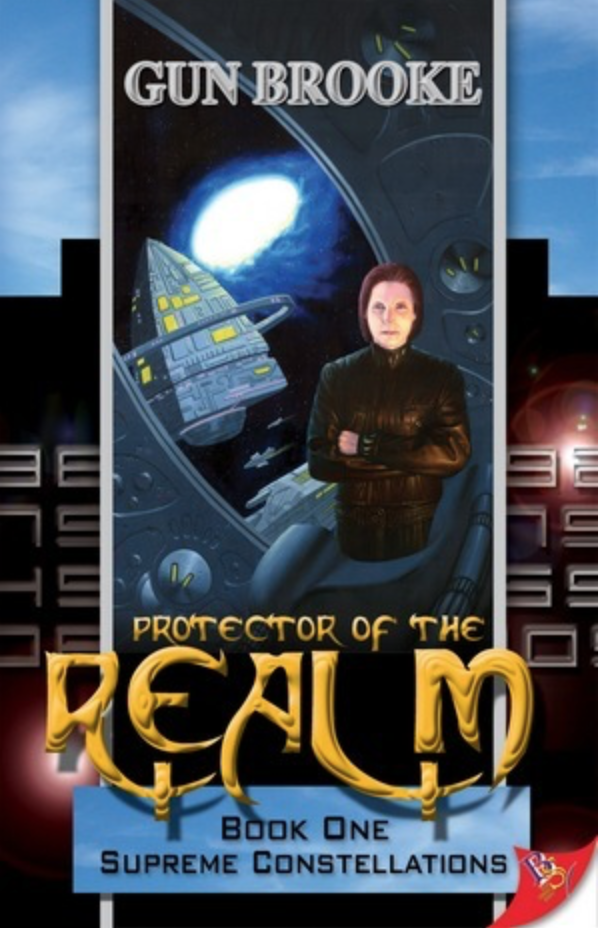 Commodore Rae Jacelon commands the Gamma VI Space Station. A very by-the-book officer, she bends the rules to save Kellen O’Dal, a hot woman in a catsuit who is caring for a teenaged boy. There’s more to Kellen than just the catsuit, however, and Rae must battle internal politics and a host of unscrupulous aliens to ensure the boy lives to see his next birthday, and that she and Kellen get to bang.

Okay soooooo here’s the thing. I picked this book up because 1) someone recommended it on Twitter, 2) it had space lesbians.

I kept reading because 1) it was campy AF and 2) it blended my two favorite tropes, marriage of convenience and SPACE

I’m embarrassed to admit how long it took me to realize it was Star Trek Voyager fan fiction with the serial numbers filed off. I am not embarrassed to admit that I ship Janeway/Seven harder than just about every other slash pairing in Star Trek, and fuck me sideways with a spoon I never in my life thought I would randomly stumble upon a published J/7 AU.

So let’s talk about Rae/Janeway and Kellen/Seven (OMG THEY RHYME).

The book starts with Rae being very stoic Janeway (“There’s coffee in that nebula!”) and then BOOM! some sort of space conflict that lands with her taking some decommissioned borg onto her station. Seven in this incarnation is a sworn protector of Icheb (look I don’t even remember what his AU name is… let’s stop pretending), who is some kind of Mega Prince.

In order to circumvent a mandatory ‘capture and release’ order, Janeway offers what is CLEARLY THE ONLY REASONABLE OPTION–they should get married because citizens of the Federation (called something different in this AU, obviously) can’t be extradited.

And then Plot happens and honestly I don’t remember a lot of it because I was so damn disappointed that the sex scene(s) never involved the catsuit. WHAT IS THE PURPOSE OF A CATSUIT IN LESBIAN FICTION IF YOU DON’T USE IT IN A SEX SCENE!?

So they save the day, yada yada. There are some nice fight scenes, and ships explode, and dudes get angry. Janeway has unresolved daddy issues and Icheb gets more fleshed out in this AU than he ever did in Voyager the Series. The end.

I will never not be angry about the catsuit.

Overall, it was an amusing read, with plenty of my favorite tropes (blue-skinned aliens, marriage of convenience, pew pew, etc.). The writing did a lot of showing and then telling and then TELLING, which became tedious after a while, but that pales in the delight of getting to hold an AU in paperback form.

You can get your own catsuit (but you won’t get lucky in it) in paperback here and ebook here.

Gantharians were blue-bodied in the truest sense of the word. (because other blue skinned aliens are not truly blue?)

“Of course, we’ll have to prove the marriage is for real, not just a means to an end.” It’s the future, but apparently marriage still has to involve romance and/or sex. I blame Lwaxana Troy.

“You once saw the blueprints of this vessel?”

“Yes, my father managed to obtain the blueprints for the prototype before he died, and I hid them and all of his other possessions in a secret vault on our estate. He showed me the ship’s weak spot–the node that, if hit by a torpedo, would relay the impact to wipe out their weapons and communications array.” This book also contains a death star, so it’s important to note that Seven used to bullseye womprats in her T-16 back home.