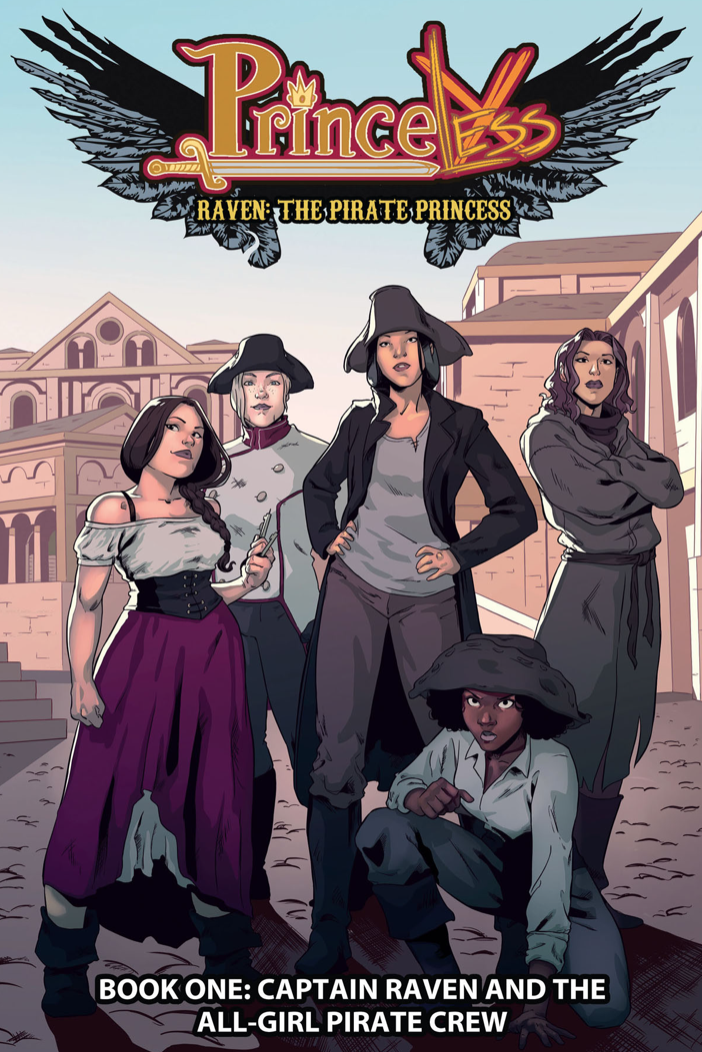 Okay so I don’t generally like comics. I’d much rather make the images in my head than let them be made for me on the page (and comic reading slows me down, so I can’t read as fast as I would like). But wow, was this worth it!

Book one covers the story of Pirate Princess Raven, out for revenge against her brother and fathers who thought she was better off locked in a tower, guarded by a dragon, than inheriting her father’s pirating business. We get to see Raven collect her motley crew, get a decent number of origin stories, and get the first hint of romance (yay!) between Raven and Sunshine.

The comic has all the good stuff. Action. Adventure. Kissing. Various body sizes. More than one skin tone. Solid voice. The crew are diverse and three dimensional and oh-so bingeworthy. We’ve got a chemist (yay!) who loves to make things explode, a mapmaker with an axe to grind, a half-elf thief/dancer (YES PLEASE), and ‘the muscle’, a Brienne of Tarth character, for the Game of Thrones fans out there. Raven herself  is a pirate princess I would follow anywhere. Seriously, sign me up for the next voyage.

The art style as well (by Rosy Higgins and Ted Brandt) is detailed without being overwhelming. It flows well with the writing and the panels aren’t so overwhelmed with detail that you get bogged down in looking (and then get distracted from the story).

I promptly went and bought the second book after finishing the first. I’d suggest buying the whole series, because it is really hard to put the comic down. High tension on the high seas for sure. BUY IT!

You can snag your own pirate princess and her crew of misfits here in paperback and here in ebook.

To read the review for the second volume in the series, click here.