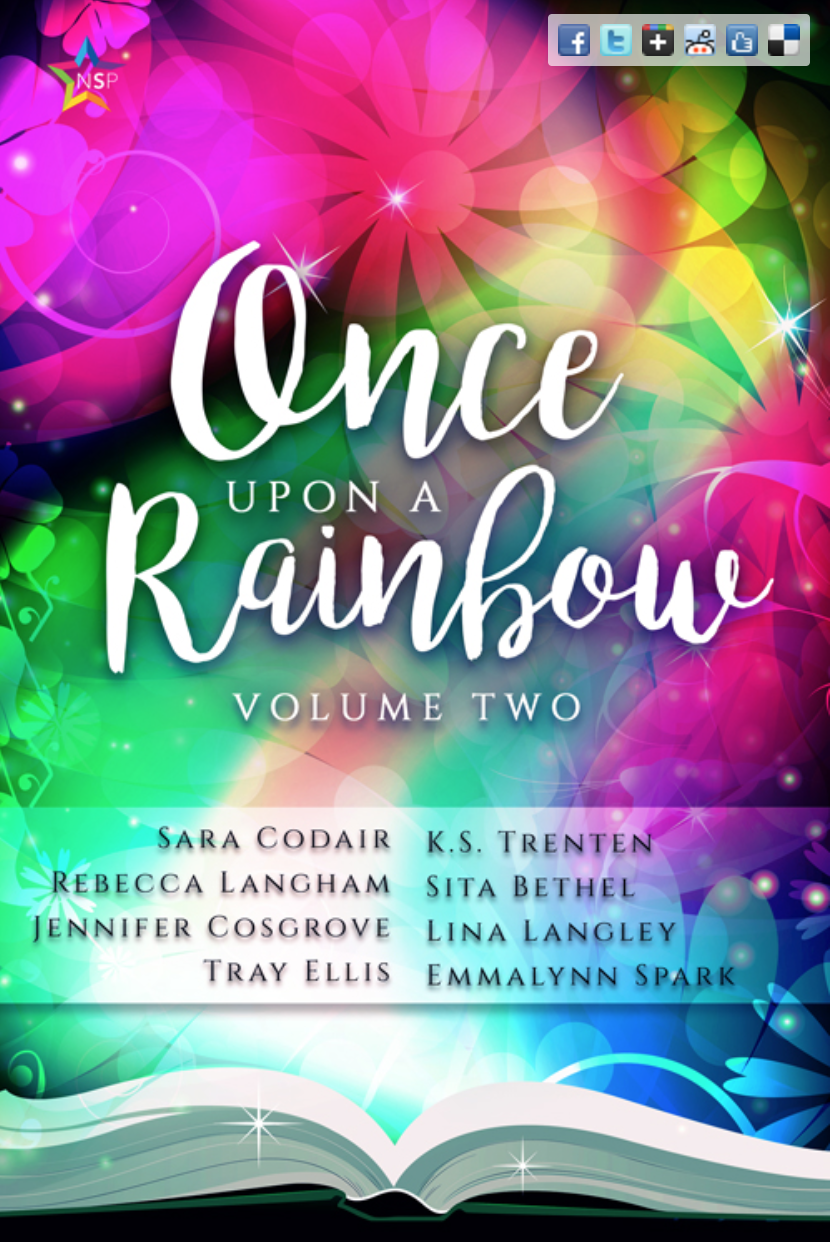 Generally, this was a decent anthology. It started slow, and some of the first stories had pacing issues and/or failed to grab me. The real meat of the anthology came at the end, where the stories got longer, better written, and had much better character arcs. It actually took me longer than usual to get through this book, due to the slower stories at the start, but it was well worth continuing. Some specifics on each story follow.

A M/M (cis) modern Cinderella. I didn’t have any strong feelings one way or the other on this one, likely because the writing was fine but I don’t generally get into m/m stories. I do always enjoy a good Cinderella retelling, though.

Modern Snow White (F/F, trans) with a neat social media bent. Rosa is a poor college student trying to make ends meet through ad revenue via her instagram and YouTube videos. Another social media darling wants her dead so she can be number one. Thank goodness for Cara, the hot EMT who is always around to do some saving.

I really enjoyed the very different take on this Snow White story. Unfortunately I don’t think I know enough about social media to really get all the jokes in it, but I was amused, nonetheless.

M/M (cis) fairy tale of an origin I am unfamiliar with (or possibly a mashup). Vanya, third in line for the throne, is sent to rescue his betrothed princess from an evil wizard. He trades places with the princess (sort of Beauty and the Beast like), and in his confinement, falls for the wizard. This was one of the longer shorts in the book and the romance developed at an even pace. It had a good mixing of stock fairy tale elements and traditional imagery.

At Her Service by K. S. Trenten

F/F (cis) cinderella retelling, with a fun twist on the saint/slut narrative. Instead of the wicked stepmother and stepsisters, we get a ‘mistress’ Ariella (around the same age as Cinders, and it’s hinted they were raised together), and the Cinderella character. Some good twists in this one, and a number of good trope-turning changes. The romance was also very palpable, although the writing could have been tightened.

This is one of the better written (and longer) shorts in the anthology, although I am not familiar with the fairy tale it draws from. M/M (cis). It didn’t capture my attention like some of the others, but it was a very smooth read.

F/F, asexual (cis) Sleeping Beauty. Talia, a master spell caster, must accompany Prince Amir on a quest to find and wake Aurora Rose, and her kingdom, else he will be disinherited. Spirits, goblins, dragons, and magic pop up everywhere in this well-paced, well-written short that would have been far better served at the start of the book than at the end. Bonus–no damsels in distress in this short, and Aurora is just as much a hero as is our master caster.

F/F, M/M,aro/ace (cis) fairy tale mashup (I think). This one is definitely my favorite. Smoothly written, intricate, and all the right fairy tale elements blended together to make a really enjoyable tale. The romance is brief but strong, the characters rounded, and just enough trope boxes checked to make this comfortable, but not silly.