Pairings: m/m (but one is a fairy), nods to f/f in-world and a decent dance scene 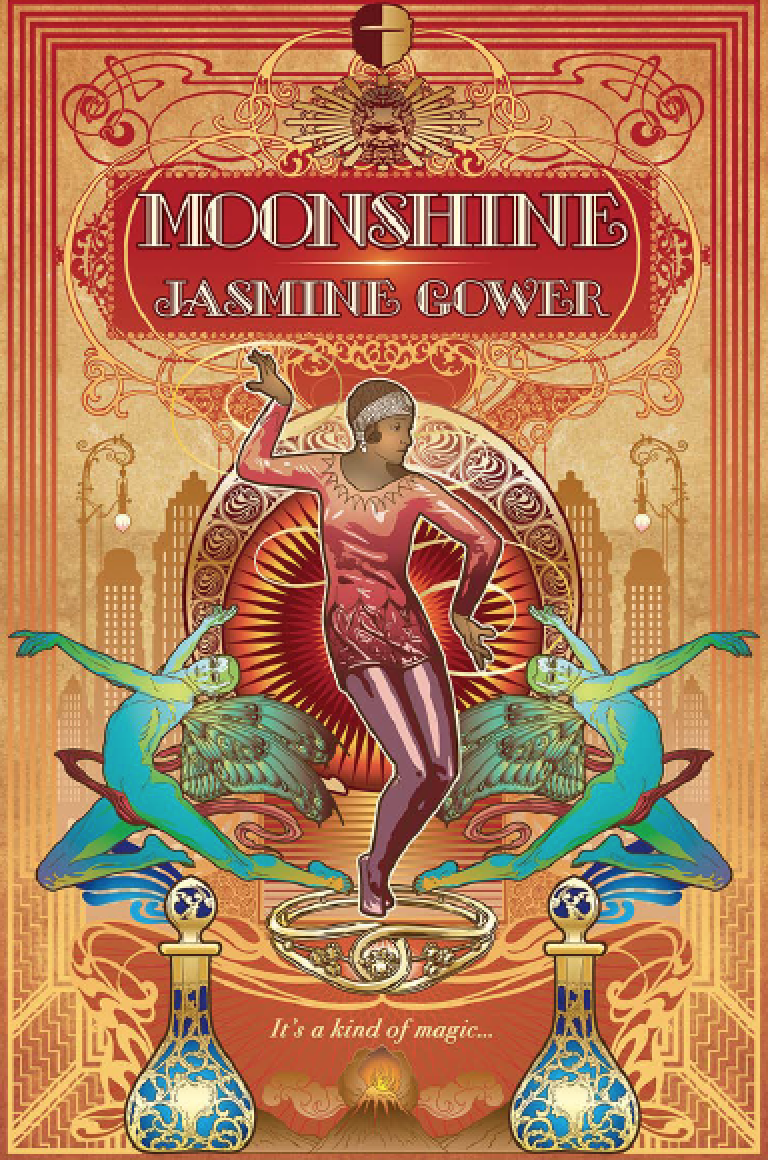 Another book from the #DVsquad and #DVpit! Woohoo! I’m delighted that I got a chance to review an ARC. As with CITY OF BRASS, this was an enchanting fantasy with a deep connection to its time period.

Daisy is a Modern Girl in a sort of post-apocalyptic version of the Roaring Twenties, where faeries and ogres and magic all exist. Not a magician herself, Daisy has inherited some trinkets from her grandmother that are imbued with magic–not enough to cause trouble, but enough to keep soot off her clothes and hide her personage when needed. She takes a job as a clerical worker at an (unbeknownst to her) magical mana factory (all very underground, you see, because in this Prohibition, it’s magic juice that’s outlawed) and looks forward to a very average life. But working for a magical speakeasy is anything but safe, and Daisy soon finds herself the target of a hit, as well as in charge of an exiled faerie her boss may have accidentally freed. Good thing Grandma’s blood magic trinkets are still around!

The strong sense of setting was my favorite part of this book. Every image evokes a sense of yearning at an era those from the USA often romanticize, but it is if we are viewing this history through a distorted lens. There are speakeasies, but they deal in magic mana. There are hit people, but they have cannons that block magical ability. There are all the same horrible social stratifications, but here they revolve around magic users, both human and other.

The plot is a bit slow to get started, which is the only real negative of this book. At first I assumed the story arc would involve something with the underground mana business, but about halfway through the book it becomes clear that cleanup of the boss’ mess (releasing the faerie) is the primary arc. With the strength of the characters (which the author carries well) and the setting, I think the narrative could have handled something heavier than ‘return faerie to his dimension’ plot, but I was not unhappy with it. I think I just wanted more, and was upset to so quickly leave this world.

The writing was strong and even, and Daisy’s voice was easy to connect with. Her desires and goals resonated quickly with me, and I also appreciated the unique voices of the secondary cast. There was a great deal of queer diversity in the book as well, spanning gender fluidity, pansexuality, ace and aro characters, etc.

MOONSHINE is a quirky, often surprising take on the Prohibition Era of the USA, drenched in fresh fantasy elements and strong characterization. It deserves a place on every fantasy-lover’s bookshelf, and is a strong addition to the #DVsquad archive.

You can preorder MOONSHINE in digital here and paperback here.