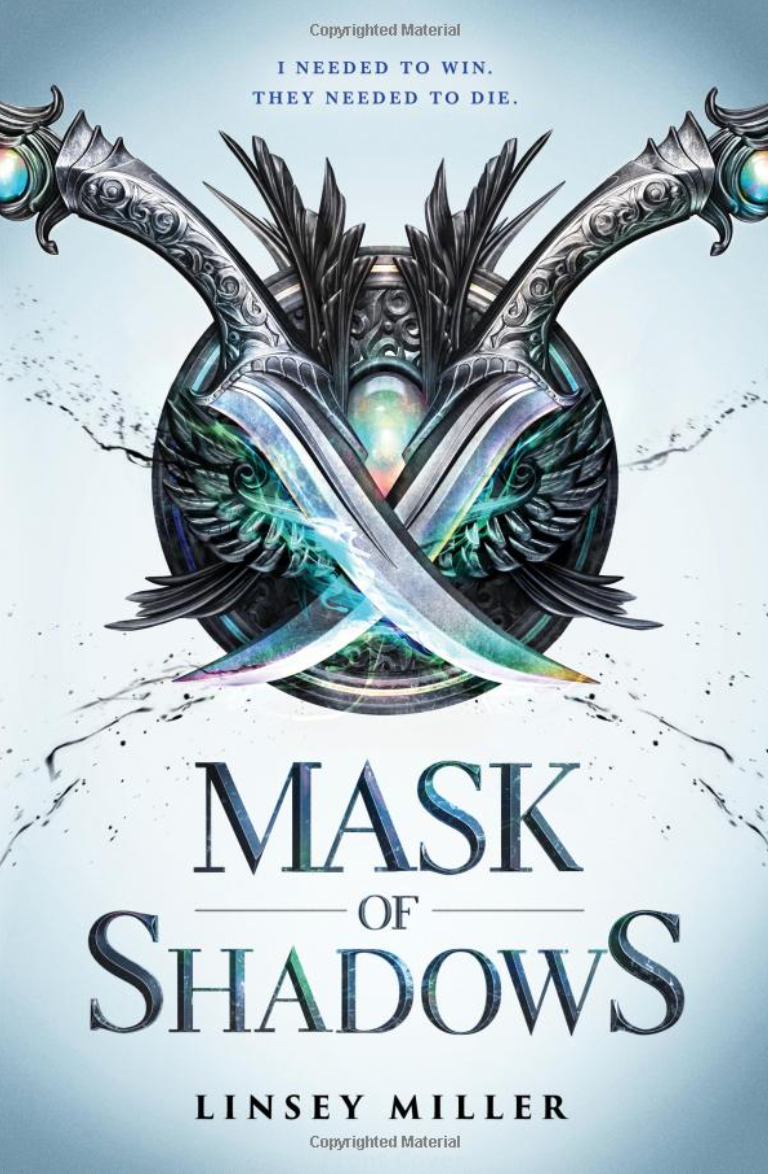 Sal is genderfluid orphan of young-ish indeterminate age and an excellent thief. Haunted by memories of ‘Shadows’ and the death of parents, siblings, and homeland, Sal decides to join the tournament to become the queen’s new ‘Opal,’ one of a small group of mercenaries that kill on the queen’s behalf. Sal hopes that position will come with enough influence and access to take out a pretty substantial hitlist from the destruction of Sal’s homeland. But to get the position, Sal must be the last alive in a sort of ‘Hunger Games’ style competition, and an unexpected romance may lead to some unintended consequences.

Generally, this was a well done, standard ‘Battle Royale’ style book. One part Hunger Games, one part Throne of Glass, the book’s main arc deals with a number of competitors trying to kill each other off in order to become the last one standing and therefore, the queen’s Opal. There’s good worldbuilding and backstory, a decent number of secondary characters, and the pacing is good (excellent, even, for a YA, which, to me, seem to run slower than adult books–although this book definitely spans into the murky waters of YA/adult). While the ending is inevitable and involves no twist (not really a spoiler – Sal becomes Opal…we all saw that coming), there’s a neat tie-up segment at the end that gives a lot more depth to the story and sets the stage for the second book in the duology.

I think my biggest issue with the plot, overall, was just the more or less constant fighting. Of course I understand that is a major part of this book, but it seemed to come at the expense of character development and depth of story. More on that below.

The secondary characters in this book were top notch! Maud is an outstandingly 3-D servant woman, and Ruby shines as the pseudo-mentor. The love interest is intriguing, although remains firmly in just the ‘love-interest’ camp, and doesn’t really get any fleshing out until the last chapter or so.

My main issue, and this is my main issue for the book, is the lack of character development for Sal. I read this book entirely because it had an enby main character. And while the gender fluid moments were real and excellent (note: nonbinary is a huge umbrella term that encompasses many different identities. While I am nonbinary, I am not gender fluid, as the MC is, but we do share an umbrella), I had no other points under which I could connect with the main character.

Sal had a lot of anger, but not much else, and seemed to be driven only by revenge. The character reminded me of Katniss from book three of the hunger games, when most of her humanity had been stripped away. That’s more or less where we start with Sal, which makes it hard to really get invested in the journey, especially since we’re left basically in the same place, emotionally, as when the book started.

To be fair, however, there’s as much character development with Sal as there is with most adult fantasy characters (think Vin from MISTBORN), so I suppose I’m just used to seeing more character arc in YA. The action was definitely all there, so readers looking for murder, thievery, swords, knives, archery, and a fun greenhouse filled with poisonous plants will definitely enjoy this book.

You can buy MASK OF SHADOWS in paperback here and ebook here.

Random Notes
If you have the hardback edition, you may have noticed that Sal has female pronouns on the dust jack blurb. This was not supposed to happen and has been rectified in the paperback, but may still be present in some editions. Don’t let the copy mistake turn you off this excellent book!