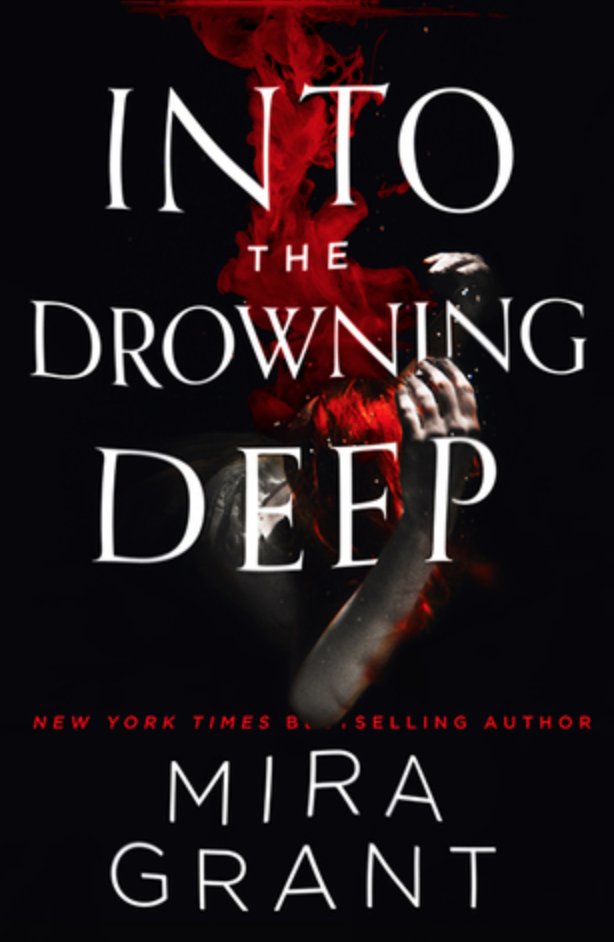 Seven years ago the Atargatis set off on a voyage to the Mariana Trench to film a documentary bringing to life ancient sea creatures of legend.

It was lost at sea with all hands.

Now a new crew has been assembled. But this time they’re not out to entertain. Some seek to validate their life’s work. Some seek the greater hunt of all. Some seek the truth. But for the ambitious young scientist Victoria Stewart this is a voyage to uncover the fate of the sister she lost.

Whatever the truth may be, it will only be found below the waves.

Okay so first off, if you can, you should get a signed copy of this book, because sometimes Grant/McGuire draws creepy little fish in it: 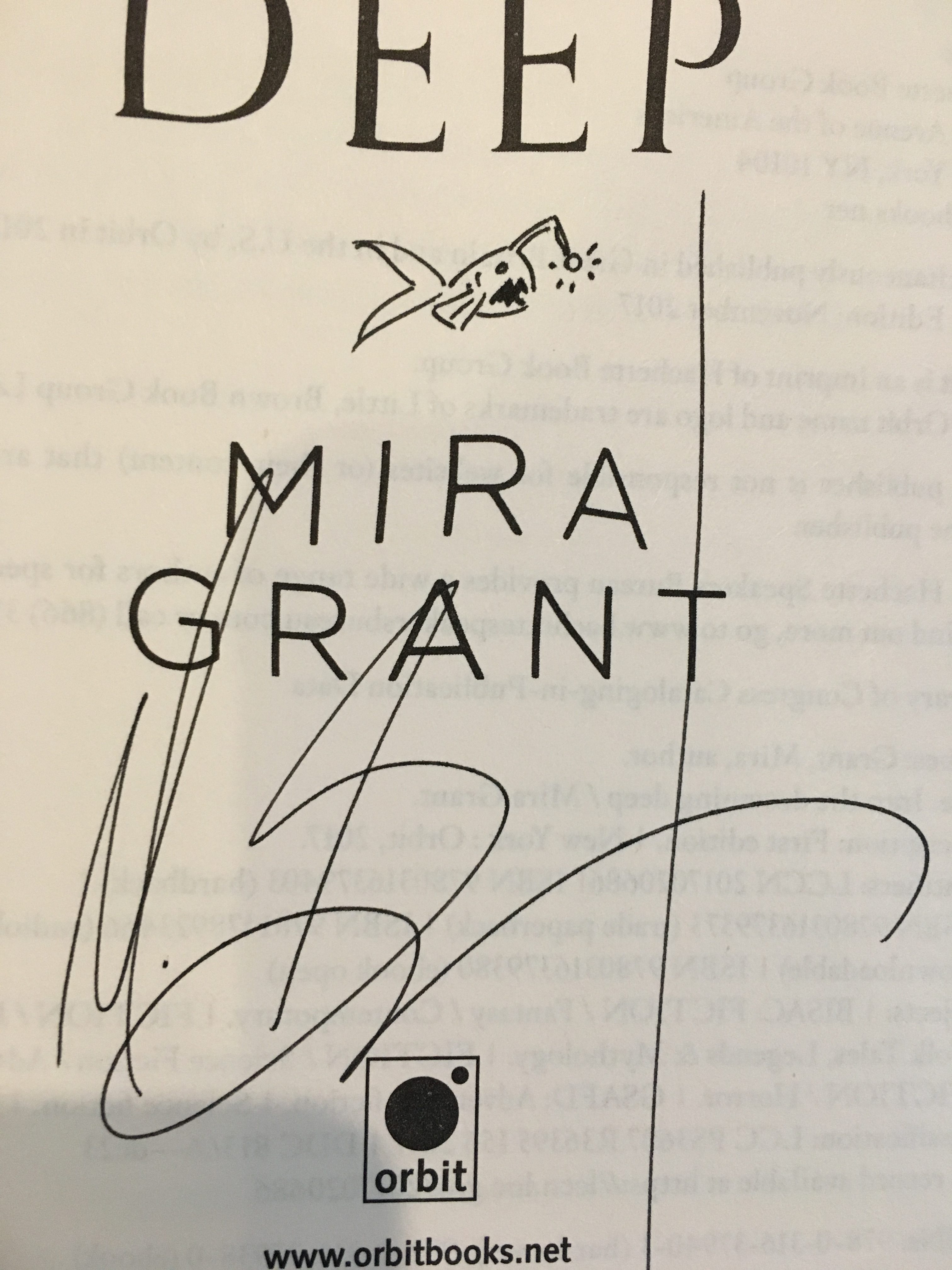 because she is also, quite possibly, a ravenous mer-person.

Second, you should get this book because holy balls is it amazing.

The premise starts a little silly, with a group of documentary film makers who make their money off of bogus films, much like on the old Discovery Channel (THE TRUTH ABOUT BIGFOOT, anyone?). Except when the company decides that mermaids are the next big thing and send out a boat to get some footage of… ocean? Probably? Anyway, the boat never comes back.

But because cell phones and such, some of the video feed that was being recorded does get sent, and it shows some terrifying mermaid-looking things eating the crew.

The public can’t decide if it is a hoax or not. Imagine Entertainment knows very well it isn’t a hoax, but has to let the public chill a bit before it can do its very first ever real documentary.

Fast forward some number of years. Victoria’s sister died on the original voyage and she’s determined to return to the location and get some closure. Luckily she is one of a handful of mermaid/ocean/sound experts that Imagine Entertainment scouts for its next voyage, which is how Victoria finds herself on a massive boat with professional hunters, a gajillion scientists and, eventually, killer mermaids.

INTO THE DROWNING DEEP has an ensemble cast and multiple POVs, however the head hops move the narrative along instead of repeating events, which means the tension and pacing don’t get sacrifices in the name of introspection.

There’s some fantastic rep in the book, from fluent users of American Sign Language (two of whom are deaf), queer people, and an autistic lead character.

The mermaids themselves are…well downright terrifying, and their few POV spots are like icy fingers on your spine. The science in the book is strong and concise without devolving into technobabble. It really feels like you are listening to scientists bicker, and the description is so precise that it’s hard not to reach out and want to touch mermaid hair, or run screaming for your life as one of them launches over the side of your boat/armchair. Grant/McGuire is clearly familiar with academic life, and little throwaway lines like below cement the worldbuilding:

“I may not have credibility, but I have tenure, and that’s more than I can say for you.”

“Oh. Uh, yes. Very well.” Tory resisted the urge to rub the back of her own neck. She was here for science–she was here for Anne–not for some schoolgirl crush on a woman who couldn’t stop bleaching her laundry.

“No offense, hon, but you flirt like it’s a form of espionage and you’ll be executed if you get caught.”

INTO THE DROWNING DEEP may end up being my gateway into horror/thriller books, since I was enthralled with the story from the start. If you’re looking for science in your contemporary thriller/horror, some decent humor, and lesbians on boats (an exciting new subgenera!), you can pick up INTO THE DROWNING DEEP in paperback here, ebook here, and audio here.