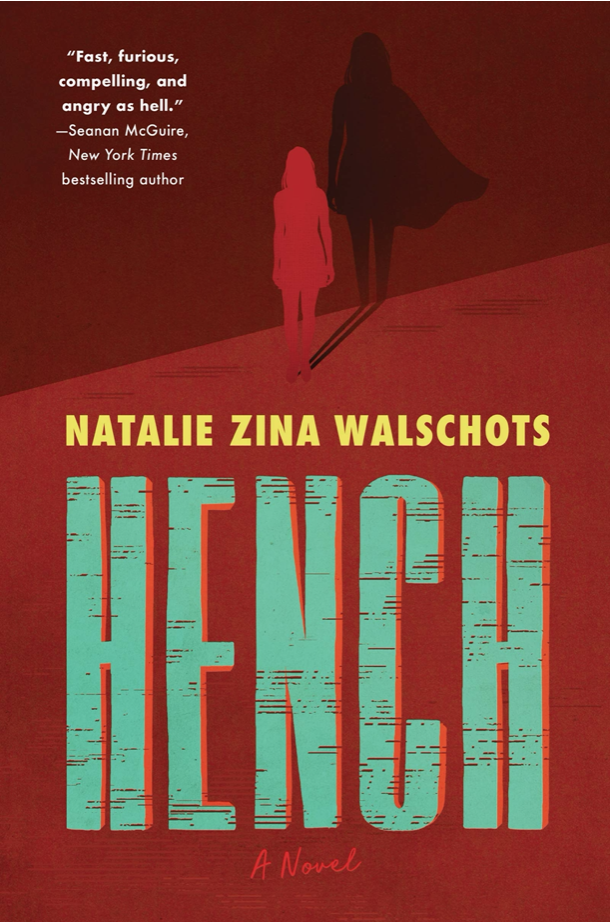 Anna works behind the scenes as a villain tech–mostly in spreadsheets and data management. She’s low level and she likes it that way, though persistently getting short run jobs and ending at the temp agency every month is a touch grating.

During one of these no-name, low-level support gigs, Anna ends up as collateral damage when a superhero smashes her legs in simply for existing. Recovery is hard, she can’t work, and living with her best friend June is…less than perfect.

Depression sinks Anna into numbers. She likes numbers. They’ve always been her friend. Bored and in pain, Anna starts looking up how much superheros actually cost, in terms of broken buildings and broken people.

She posts her facts online.

Her big break (second, technically, if you count her legs) comes from Leviathan–a chitinous supervillain with a lot of money and a big, big dream. His grudge against Supercollider (the golden-haired Superman of this universe) is legendary. Anna, wanting to impress her new boss (and not lose her fancy new apartment), digs down deep, building up mass amounts of data on the world’s superheroes.

With Leviathan’s resources and her (super?) brain, they decide to rid the world of its monsters, one superhero at a time.

And Anna is really fucking good at her job.

OMG THIS BOOK. It only crossed my radar because Seanan McGuire threw her arc at me and told me I needed to read it. It got lost in my ARC pile for months, then COVID hit and I finally started working my way through. WOW AM I GLAD I DID.

The book has a slow start, much like Anna’s life. It meanders. It false starts. It’s irritating enough to almost put down but Anna as a character is compelling and endearing, and, much like her best friend/roommate June, you sort of keep plodding on.

Then it hits you. BAM! Like Supercollider on a bender. All the emotional backstory and drudgey work pay off in this moment of triumph when Anna is hired by a Big Bad. And you’re so caught up in the thank god something is happening that you can directly empathize with Anna for not really caring that yes, Leviathan is evil and yes, her work is assisting that evil. Her life is moving, and it’s moving forward, and you know what? Fuck Supercollider anyway. Fuck him and his chiseled jaw and maybe fuck his longtime girlfriend (oh wait no, that’s a plotline for later in the book) for just tossing around humans like stale bagels. Anna earned this. Anna deserves this.

And just like that, you, dear reader, are also a villain.

It’s all action and emotions from there on out. Anna forms a nerd team of data specialists. Anna acquires data. Anna is really fucking good at her job. Superheroes start to fall, but in delicious, backhanded ways that are really more unraveling their lives and sense of selves than shooting them with a heat ray. It’s so good. And with each takedown, Anna slides a little bit deeper into Evil, and so do you.

This book is a 2020 must read, shitshow of a year or not. It’s filled with great lines:

I found myself hoping I wouldn’t see her back, that she’d get a good assignment and have a long lifespan (though I realized with a small pang that would mean I wouldn’t get to look at her well-muscled arms again.)

“My husband. He couldn’t deal with the career change,” he said, “He wanted to be respectable. He liked that. He liked waving me goodbye, waiting for me to come home.” His big hands were cupped around his glass. There was a noticeable callus on the ring finger of his left hand, where he must have worn a ring that was slightly too tight for his thick fingers.

He bared his teeth. “The usual. Saw too many good men denied promotions or benefits. Too many honours given out to some powerful fuck’s idiot kid.”

and so much grey morality. It’s got some great sexual tension between Anna and Quantum Entanglement (I would LITERALLY MURDER someone to get a sequel where those two get together in a horizontal fashion), great boss/employee dynamics, and a best friend breakup narrative that will sear your soul.

HENCH comes out September 22, 2020, but just like…just go preorder it now. Join the forces of ‘we don’t really have the stomach for violence but the villains do have better dental’ by preordering here.