Pairings: f/f  (not the lead though, as far as I can tell) 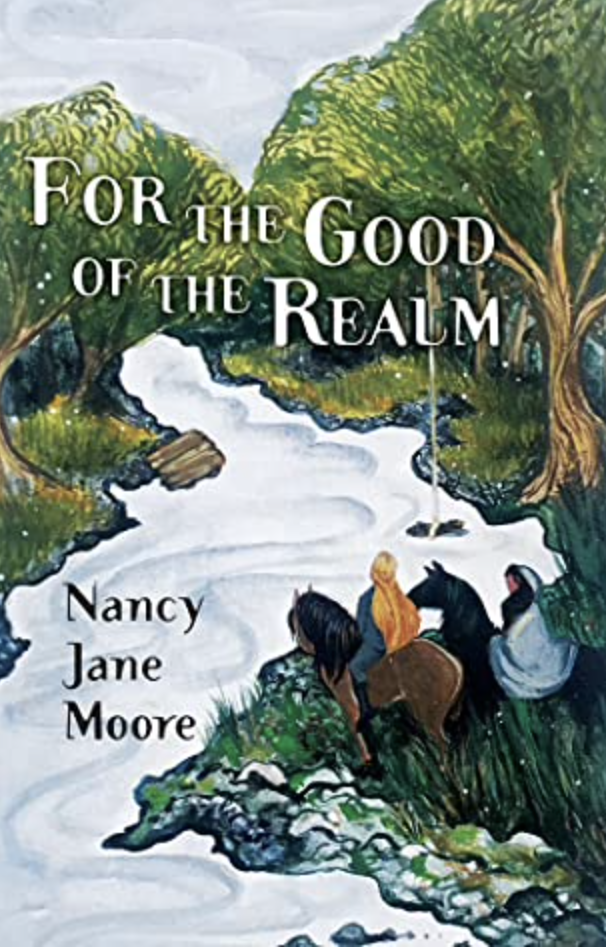 An homage to Dumas, FOR THE GOOD OF THE REALM is billed as a THE THREE MUSKETEERS retelling, but with a female lead. I have not read MUSKETEERS, so my review will be colored by that lack of background knowledge.

Anna d’Gart is a skilled swordswoman who serves in a queensguard. Sent on a mission by the queen, she falls in with a witch and a few others, and is eventually tasked with protecting the Realm from an ancient magic.

The premise of the book was entertaining, and I did like the attitude of Anna, our lead heroine. Unfortunately the book utterly failed to capture my attention and I Did Not Finish (DNF) about halfway through. There’s a great story in there, buried under info dump after info dump, and agonizing scenes where the reader is told instead of shown.

Scenes that could have had great tension are summarized or skipped altogether, or, in the worst cases, are rendered tensionless by removing any potential peril:

On the following day, they were again traveling in their region where they had been attacked by the incompetent outlaws. While they were not concerned about those particular miscreants, it had occurred to them that the governor’s abuses might have caused others to turn to robbery and worse to feed their families. The forest was thick enough here that they were riding close to the main road even though they were using the small trails made by the local people when they foraged…

Being attacked by incompetent outlaws does nothing for the tension, nor do recaps of events, or summaries of current events. The narrative structure of the book kept me at a constant arm’s length from the story, and while I kept picking the book back up and trying to resume, after a few pages I’d hit another giant wall of info dump or summary and I’d have to put it back down again. There was also a repeated tendency to tell, then show, where we’d get character thoughts then we’d see the actions the character had just thought about, or that had just been summarized.

The book could have been half the length and been a really strong novella. It needed a strong editor’s hand. It’s possible the narrative style is similar to that of Dumas, but if so, I’d argue that a modern readership needs a more modern, cleaner style of writing (or at the very least, fewer summaries and info dumps).

This narrative style may work for some and hence, if feminist retellings of classics are your jam, you can buy the book here.