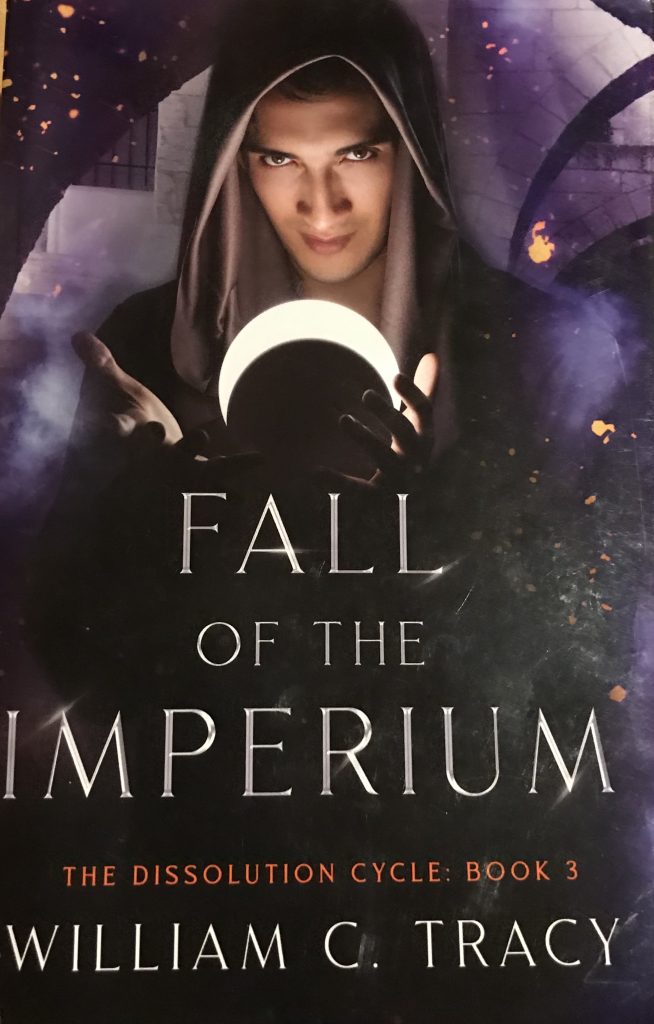 In this final book in the Dissolution Cycle trilogy, Sam journeys to a new Nether facet to learn about his two unusual house colors, Enos attempts to recover from her time with her kidnappers, and Inas grows into his Aridori body (as well as a bunch of the old Speaker’s memories). The romance between the three apprentices heats up (there’s a cute little SFW sex scene in there), and Sam learns to draw strength from his friends to help manage (not cure!) his anxiety.

Of course, all is not well in the Nether. Elgynerdeen (giant millipede things that eat Nether crystal) keep dropping out of Drains all over the Imperium. They eat anything and anyone in their path, and seem to be hell bent on something in the Assembly Hall. We also have an ancient Aridori civil war resurfacing, Sam battling with the weird voice in his head (while trying to sort out the House of Time and the House of Matter), and yeah, a bunch of teenagers running around trying to keep the adults from dying.

Fans of the series will enjoy the tie-ins to all the various novellas. Mandamon makes several appearances, as do the Pixies, and mention is made of the new species above the Nether clouds that was learned about in JOURNEY TO THE TOP OF THE NETHER (the middle grade novella).

It’s a great wrap to the trilogy, with plenty of plot threads to keep the series well alive. Tracy has created an expansive universe with no end in sight to the potential worldbuilding, and it’s always fun to play around in the giant sandbox of music-based science fantasy. And as always, the nonbinary representation remains strong. My favorite passage from this book:

Now he looked closer, Inas didn’t think the pronoun encompassed multiple personalties as for the assassins or the Accretion. Instead it denoted someone who did not belong to a male or female gender. There had been a few in his family line who chose similar pronouns, though Aridori tended to separate themselves into binaries, perhaps because being born as two instances–two possibilities unfolding–predetermined them into dual categories.

You can join the Great Assembly of Species by buying the book here!