Warnings: forced removal of a woman’s clothing which exposes her gender 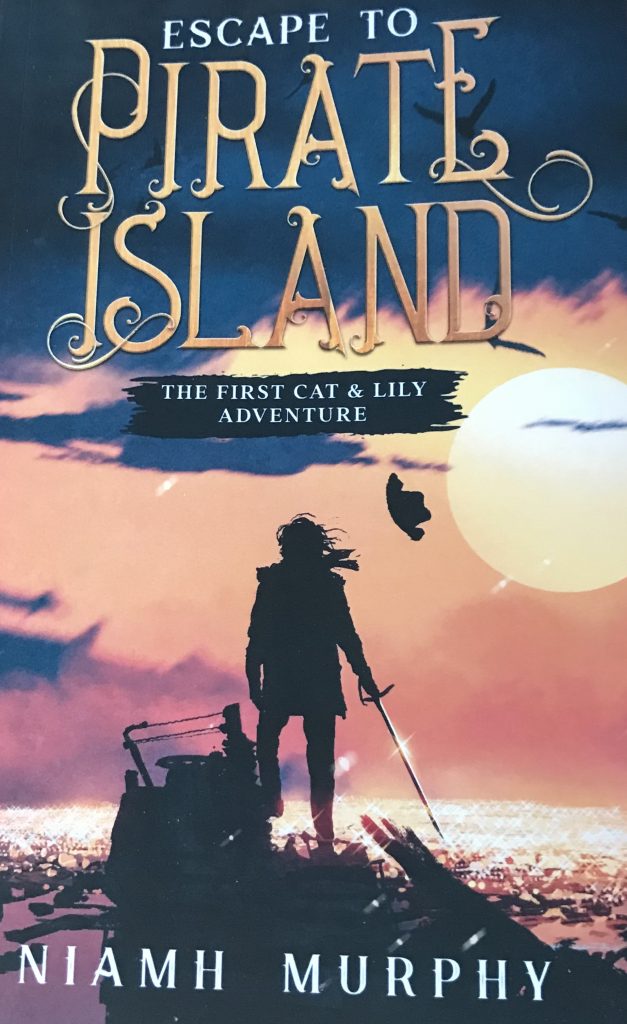 Catherine ‘Cat’ Meadows, born a landed lady, is also a smuggler on the high seas. After her husband’s death (along with a few others) Cat becomes wanted for murder and must take passage on a ship as a cabin boy (concealing her gender…I’m fairly certain you know where my review is going from here).

Lily Exquemelin is the daughter of a landed man and a whore, and has recently been orphaned. Her father of course has left Many Debts, and Lily must clear them or end up in debtors prison. She has an old treasure map and key left from her father’s privateering days. Desperation sends her to seek out a ship she can hire with very little money, for a crew that will sail without knowing where they are going.

Only scoundrels would take such a journey, of course, just as only scoundrels would take on a cabin boy with no experience and no references. Catherine and Lily end up on the same ship, where everyone has a secret and everyone is also hunting for Mr. Exquemelin’s lost treasure. There are fifteen thousand mutinies (an estimation), character motivations switch at the drop of a hat, a kissing scene that quickly leads to some lackluster deserted island sex, and a reasonably happy ending.

This is a very hard book to review. On the one hand, LESBIAN PIRATES. Sign me up. It has all the tropes I love–the bastard heiress, the brusque pirate with a heart of gold, a little bit of cross dressing, swashbuckling, and boats. The writing is solid in terms of syntax and grammar, and I never felt beaten to death with adjectives or endless redundancy. Structurally the story was fine, with a five part act and a wide crew within a decently depicted universe.

Unfortunately, the writing felt like the author was trying to subvert tropes, but didn’t understand enough about the tropes to subvert them. Other times it felt like they wanted to lean into the tropes but not enough groundwork was put down first. Cat is our ‘top’, but alternates between rough and tumble and being a giant pushover who can’t seem to drive the plot. She spends most of the book as a plot spectator, being pushed and pulled wherever the narrative needs her to go. Lily is the femme, sometimes a Power Femme, sometimes a High Femme, dependent upon plot needs and whether Cat is topping or not.

There was little voice distinction between the two leads, and it often felt like their personalities intertwined…as if they were one character continuously split in whatever direction the author needed. It was impossible to gain a foothold into the world, and Cat’s inability to push the plot lead me to skimming most of her sections. Normally hers would be the character I would be most engaged with, but there was just so much failure. And not failure in the world, so much as just failure to act.

The book also contained the trope I hate most in the world, the exposure of a character’s gender (/birth sex) by forced removal of clothing. It wasn’t as gratuitous as in some other books since Cat IS a woman, just masquerading by choice, but Cat is still forced to be naked from the waist down right before she is whipped with a cat-o-nine-tails. Hard pass. Especially with the jeering and leering that comes along with it from the pirate crew.

“Remove the boy’s shirt,” he ordered them.

The men stepped forward and, to Strong’s horror, they ripped off the shirt.

They laughed and stepped back to reveal what appeared to be a boy in a girdle.

“What’s this?” Kingsley spat, infuriated. “Armour is it? Did you hope to spare yourself the pain? One hundred lashes!” He pulled a knife from his belt and tossed it to one of the guardsmen. “Cut it off.”

Strong looked round for Fletcher. ‘Where’s the man gone?’ he thought. He couldn’t understand why he wasn’t next to hm, ready to partake in whatever action they could.

‘Few men can survive a hundred lashes,’ he was panicking, ‘few men.’

Then suddenly there she was.

No longer ‘Jack.’ By a long way, she was no longer Jack; her hair was loose in the breeze, her eyes defiant, and her chest bare. There was no shame about her manner. She stood like a Queen of the Amazons held captive by savages.

And yes, I do appreciate that Cat owns it there at the end, but the act itself, and the threat of doing more, is just so overdone for me. Props, however, go to the author for including the first ever discussion of menstural product needs on a pirate ship that I have ever seen.

There’s so much potential in this book, and yet it really fell flat for me. I felt no chemistry between the two leads, found the writing wandered where it needed to be snappy, and was too snappy where it needed to breathe. It’s not a bad read, it’s just a boring one. An additional round of edits to trim here and expand there could have really brought this out to SHELL GAME level of awesome. Still, if you’re into lesbian pirate adventures it is worth checking out. Boring lesbian pirates are better than no lesbian pirates, always.