Warnings: use of the term ‘slated eyes’ to refer to people of Chinese descent, classifying binary trans as a separate gender (WTF???) 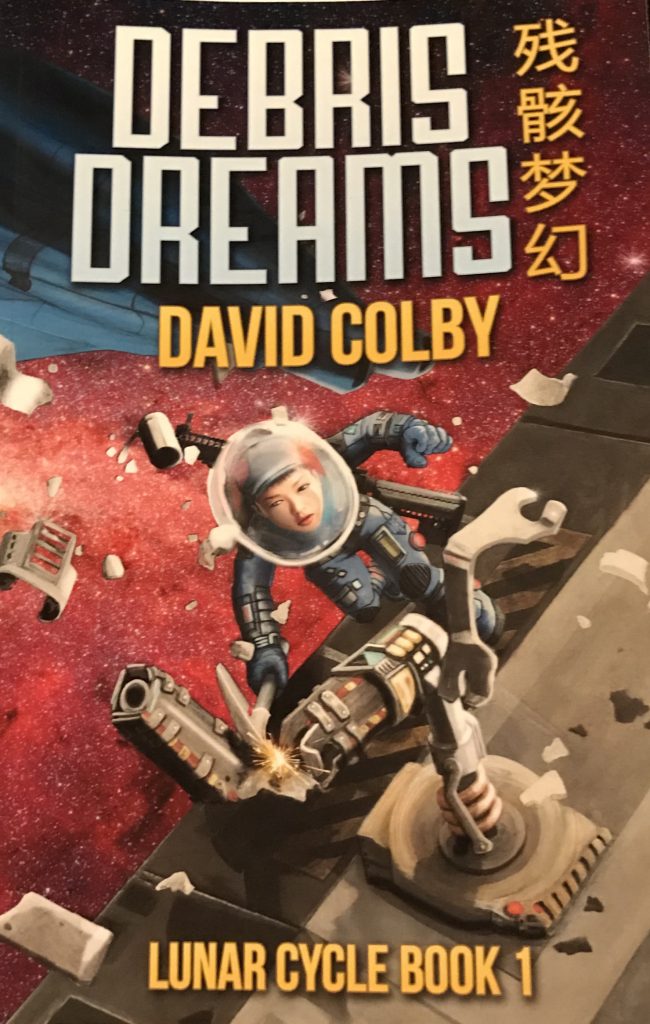 It’s rare that I so deeply dislike a book that I know within four chapters that it is going in the trash, and not even in a book box. To be fair, we didn’t start out on a great foot. It’s YA and I generally do not care at all for YA. There’s always the odd exception, so I tend to plod through just in case.

This was a bad decision.

If you’re a fan of military sci fi, it definitely does have that, with all the mind-numbing battle scenes lacking any sort of solid character development (clearly I am also not a fan of military sci fi) that one would expect. The beginning is also decent, with our introduction to Drusilla Zhao, a sixteen-year-old girl who lives in the Hub, which is a sort of space station at the top of a really long elevator that connects Earth with space. It’s used almost exclusively by the Chinese-American Alliance to exploit the moon, which is sort of a future Australia colonized (and worked) by convicts et al.

The convicts get mad that all their hard work functionally saved the ecological crisis Earth was facing and, tired of being always put in harms way to benefit a planet they can’t go to, they blow up the giant elevator. Drusilla’s parents are killed (they’re engineers on it) and she and all the teens in group care are automatically conscripted into the military. This is especially hard on Drusilla, as her girlfriend lives on Earth as a civilian.

At this point we move into a sort of Starship Troopers sort of deal, without the comedy, and it’s battle after battle in the traditional trope of Drusilla eventually realizing she’s on the wrong side of the battle, etc. There isn’t much point to it, and no major stakes other than WAR! ZOMG! over and over, as we wait for inevitable turning point for our heroine.

The worldbuilding of the Chinese-American Alliance feels very Firefly to me, though with a bit more thought about the integration of the language (the frequent non-English words used appear to have been proofed by native speakers, so that’s decent). Still, language readers appeared to have missed this gem:

He was a young kid, younger than me, with the regular mixing of blonde curls and slanted eyes that marked most of the post-Slump generation.

For reference, the only people who routinely have slanted eyes, truly slanted eyes, are those with Down Syndrome. Other than that, slants to eyes occur across most populations, including European. *sigh*

But what had me yelling at the book over and over was its treatment of trans people as some sort of foreign gender:

Boys and girls and trans and unidentified around me groaned and rubbed at sore and bruised and tweaked muscles.

So instead of spending your day screwing your brains out with some of your best friends, writing letters to girlfriends or boyfriends or transfriends, or sitting in a corner sobbing until it hurts you get to much out the vats.

There’s some nice neopronoun use and a mention of androgyne as a gender, so it’s clear the author was trying, and I get that. But this is what sensitivity readers are for. With the trans issues combined with the ‘slant eyes’ comment, I will not be providing buy links for this book. I do not recommend it, although I think with a few edits it could be a really nice YA military sci fi.