Warnings: implicit racism in the narrative, racist language not refuted in-narrative or by authorial voice 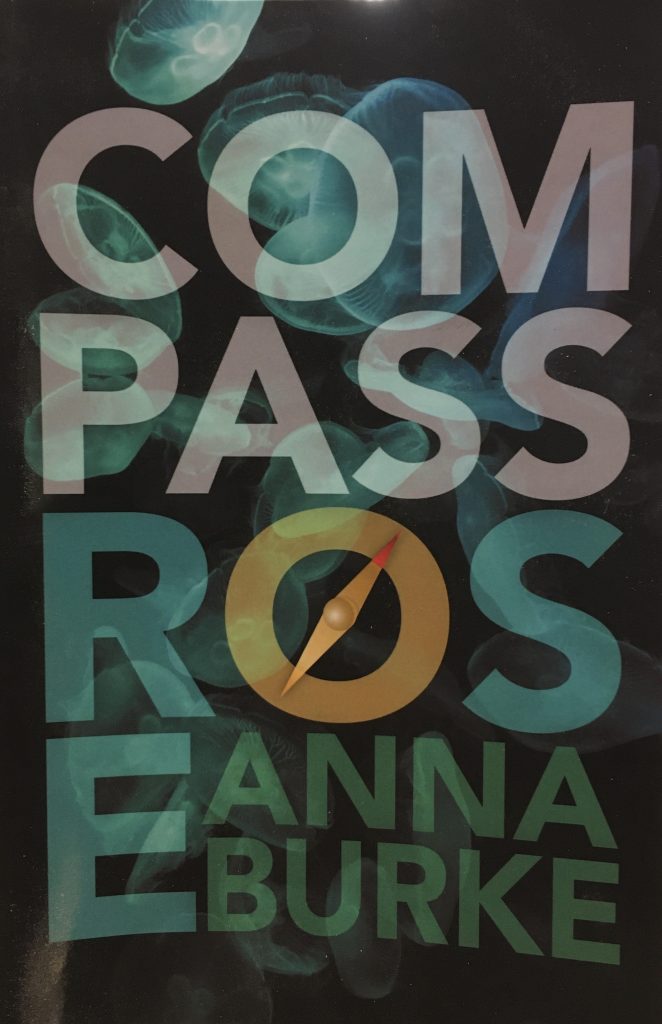 The year is 2513. The apocalypse came and flooded the Earth. Land is scarce, the navy rules, and most people live on boats, either as part of a naval force or as a pirate.

Rose is a member of the Archipelago fleet (a navy fleet). She’s a big rule follower, clearly likes in-charge women, and doesn’t mind the company of the ladies. When Admiral Comita sends her on a daring mission – to infiltrate the pirate ship Man-O-War, Rose has no option but to accept.

And oh, lesbians. This is the pirate ship of your dreams. It has a hot lesbian pirate captain. It has a ragtag crew. It has danger! Power play! Hot kissing scenes! Seeeeeecrets! Racism!

This could have been the perfect book. And it almost was. God, the chemistry between Rose and Miranda is hot. HOT. Their eventual sex scene will leave you unable to work for the rest of the day. You will. not. recover. There’s political intrigue and beautifully rendered worlds and three-dimensional characters. There are Lesbians. On. Boats. I mean, I literally don’t know what else to ask from a book, except maybe that it check its implicit and overt bias at the door.

So, let’s lay it out, incident by incident.

Our opening scene is Rose being assaulted by Maddox, a large, brown man.

I didn’t have to look far. Maddox’s large bulk towered over me, a bead of sweat dripping from his crooked nose to the floor….Maddox’s chiseled chest glistened in the light of the bioluminescence, the genetically modified algae that flowed through the light tubes of the ship casting blue shadows over his brown skin. I entertained myself with a fantasy of plunging several sharp objects into his over-developed pectorals, but kept my mouth shut.

Unsurprisingly, the skin tones of the white characters are seldom, if ever, noted (our MC is brown skinned as well, which is noted early in the book. Annie, a secondary character, is noted as having ‘dark’ skin. These are the only skin descriptors we get. I am left to assume all other characters were walking skeletons with some musculature, and no skin at all). This is known as white default. But more of an issue is the trope of large, black and brown men, especially very toned ones, being a threat. I could link about this ad nauseum, but here is a good place to start. This is another beautiful article.

So, we started the book off on the wrong foot. Sometimes things get better! Sometimes it’s just the one instance and the rest of the book is fine.

Sometimes it gets a lot worse.

On page 33 (print edition) we get our first racially-charged descriptors.

He had a flat face with a flatter nose, and his dark hair was slightly gray at the temple. The woman beside him was only slightly less intimidating, with biceps that were at least as thick as my thighs.

And I might have ignored it except we don’t get a name for said character right away, and by pg 35 we get:

“Are you a navigator or an engineer?” Flat Nose said with a sneer.

And it continues for several pages. Flat nose, of course, is a racial description for black people and some Asian people. Adding to the flat face makes this a clear Asian stereotype with very unfortunate implications. There are so many better ways to describe people of color that don’t involve radicalized, weaponized descriptors. Writing With Color is always a great reference, and great place to start.

And it’s just…so infuriating because this is otherwise such a monumentally great book! How can you not love a pirate captain who spouts lines like “I could take you any way I wanted you.” I mean, yes, please. Please.

Finally, we have our villain, Ching Shih.

Yup. Not even going to bother with a link on that one.

The fundamental difference between implicit bias and overt bias is that overt bias comes with intent while implicit does not. Not having intent, however, does not absolve someone of the damage caused from racism, whether implicit or overt. The coding, both implied and implicit, of all the major ‘problem’ characters (Maddox is brown, a stuffy, gruff guy is Asian, the biggest ‘villain’ of the piece is also Asian) is a bad trend. Yes, our MC is also brown but with the white default at play, we are still in a very white world, where most of the PoC are villain coded.

And that’s not okay.

So while this book could have easily been absolutely magnificent, and in many ways it was, that doesn’t mean we should overlook the bias, or not discuss it. PoC deserve to have representation in books, and they deserve that representation to be good representation, where they get to play the full spectrum of roles, from villain to hero and everything in between. The queer community has been active for years in discussing queer-coded villains and homophobia. As a community we owe it to our intersectional queer people, and the PoC community at large, to voice our concerns over other forms of bias, not just the ones that affect the white parts of our community.

You can purchase COMPASS ROSE and try to navigate the minefield of bias to get to the freaking amazing sex scene here.