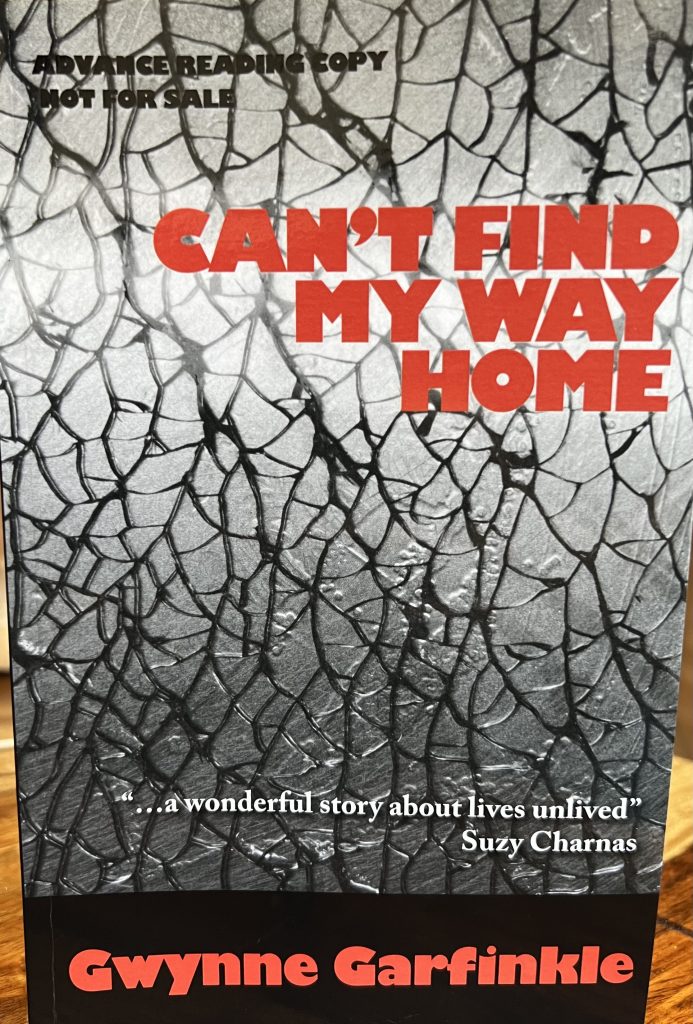 Junior soap opera actress Joanna Bergman is having a moderately decent life. She’s got a job, she’s got friends, she has reasonable coworkers. Sure, sometimes she is haunted by her past, in which she was a part of bombing of a New York draft board in 1971 and her best friend died, but that’s water under the bridge. Right?

Nope. Having finally achieved a measure of stability, Joanna becomes haunted by the ghost of her dead best friend, Cynthia Foster. Joanna was supposed to have accompanied Cynthia on that fateful day, and cancelled last minute. They both should have died. Now, Cynthia’s ghost forces Joanna to relive a million possible future in which Joanna chose a different path–until Joanna can finally come to terms with her past.

Although not my usual read, CAN’T FIND MY WAY HOME was an interesting alternate timeline paranormal adventure. It shone particularly well in the scenes where Joanna must come to terms with her attraction to Cynthia, and in the scenes that reinforce the choices Joanna has already made.

“Oh, come on. It’d be fun.” She stroked my upper arm. Her voice became a caress. “Your skin is awfully soft.”

What was this? More of Cyn’s non-monogamy line? Or perhaps just another way to know me, too well. Or maybe just so she could say she’d done it with a woman. Whatever it was, I didn’t want that kind of involvement with Cyn. We were close, and it was sometimes messy, but it would get messier and more tangled if we crossed that line.

Generally, the plot gives us an interesting period piece that ravels together the Vietnam war and budding sexuality. It’s the little moments in between the plot, however, where the book really shines. Every life sequence Joanna lives, every what if, balances heartbreak and joy. These scenes are the meat of the book, and what will keep the reader turning pages.

“Wait,” Can said. She reached up and cupped my cheek. Her hand was cool against my feverish face. Illuminated by the streetlight, her face was grave. Her gaze burned into mine. “We did it,” she whispered. She pressed her lops dryly to mine. In that moment everything seemed unreal, and everything seemed possible.

Oh, how she smiled. “No, I won’t. I’m fucking invincible.” She grabbed my hand, and we headed for her place. Halfway there we started to run. I was suddenly full of energy, the flu forgotten. We were running, her hand in mine. We were so alive.

You can join Joanna on a trip through parallel universes by buying the book here.