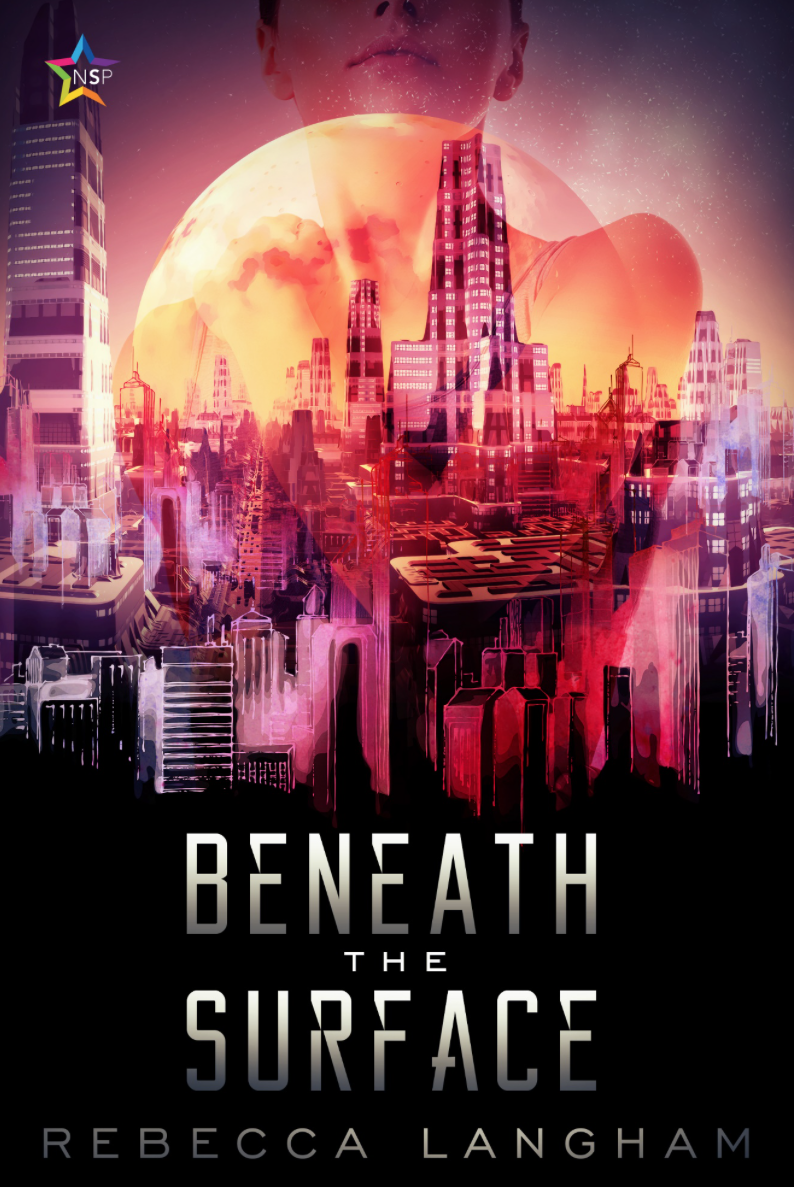 Lydia is a governor’s daughter, with all the privileges and lack of privacy that comes along with it. Desperate to have some peace in her life, she signs on as a teacher in an underground installation that houses alien refugees. While busy falling in love with Alessia, Lydia is caught up in the burgeoning revolution of the Outsiders and finds herself confronted with a host of uncomfortable truths about her government, corporations, and science.

This book had a lot of similarity to The Long Way to a Cold, Angry Planet in terms of being highly character driven, with few explosions. Unlike Angry Planet, however, I found the tension high from the start and had little problem getting hooked into the narrative. Alessia’s plight is palpable through the prologue (a prologue that actually does work, in this instance), and Lydia, though the quintessential Unlikable Protagonist, does show some useful growth.

In many ways this book is more dystopian than sci fi though, so those coming into it hoping for laser gun battles and pew pew shoot em ups will leave disappointed. Those interested in more of a slow world reveal and the biting social commentary that used to be prevalent in dime store SFF novels, will be pleased.

I enjoyed the romance line (primarily f/f, though there was a sub-romance in m/m). Though it began as ‘lust at first sight’, the romance did develop at a steady, believable pace. I found the lead to the fade-to-black scene a rewarding payoff, and the tension between Lydia and the various options for a f/f pairing, for me, helped with could have otherwise been a slow start. The m/m romance line (though admittedly this is WAY outside my lane) was sweet and very appropriate for the characters.

The Outsiders are presented as primarily gender fluid, although binary options are still present. The commentary on gender and sexuality conventions was well stated and fit within the context of the aliens as presented. The ending of the book made the nature of this queerness all the more interesting, and the author’s views on the nature of human gender and sexuality are well articulated. The queer community as a whole should find this book a very welcoming, and refreshing, look at the various iterations of the LGBTQIA+ spectrum.

With all that I liked/loved about this book, it did edge into some uncomfortable territory in terms of tropes. Lydia’s narrative is uncomfortably close to that of a White Savior as presented in the first half of the book. There are numerous references to her being the Outsider’s only hope for escape, and in places Lydia sees her role as that of the only one who can help the poor alien refugees. The narrative does not, in fact, play out in this direction, and for the most part the Outsiders save themselves, but readers should be aware that echoes of this trope are around.

I did consult the author about this, as I often do before addressing major concerns in a review, and got more of a view on Lydia as will be presented in book two of this duology. Lydia is meant to be portrayed as a typical sheltered, privileged woman who slowly wakes to the issues around her, but this reckoning doesn’t really break off until book two. Some of this awakening does come on the backs of the marginalized (an Outsider is beaten in front of Lydia, which makes her realize that no one doing anything is problematic), some of it comes from simply interacting with the community. This remains a problematic area of the book for me, however I understand, too, that a great deal of the SJ movement in fiction, especially, is US-based, and I am viewing this through a US lens. The author of Beneath the Surface is Australian, specifically designed the world in this book around Australian detention centers, and as such, it’s not really fair for me to judge the SJ side of the work through a US view.

My second issue with the book comes from, again, a US SJ ideological standpoint. Petra, a non-POV character, but one with a great deal of growth, regardless, is our instigator for violence. It is Petra who sets off a bomb in the underground shelter to try to free her people, and in doing so kills a guard (the enemy), but also an Outsider child. Petra is, of course, mortified at the death she caused, but is also rightfully frustrated that her people are so passive and are not willing to fight for what they want (instead hoping humans will eventually see the good in them, and release them back to the outside world).

Throughout the book, Petra is berated for her actions and use of violence against her oppressors. At one point Lydia tries to rationalize Petra’s actions through thinking of Petra as a wild, caged animal. I was very uncomfortable with the constant barrage of ‘violence never solves anything’ in the narrative and the insinuation that Petra’s actions were wrong. There were too many parallels, for me, in terms of the Outsider’s internment and Jewish people being placed into ghettos, to reconcile the idea that just doing what your ‘benevolent’ overlords tell you to do will eventually get them to realize the error of their ways. Their are numerous instances in earth history where failure to act gets you killed.

After some discussion with the author about this topic, she brought some traits about the Outsiders to light which either weren’t well highlighted in the narrative, or I missed (the latter is more likely). The Outsiders are genetically passive–incapable of violence, and Petra is the first in their history to have a mutation that allows for her to engage in violence. Having this piece of information makes the reactions of the other Outsiders to Petra much more understandable, and Lydia’s response (also a why would you do something like this?! response) is also understandable from her Unlikable Protagonist position of privilege. Langham told me that the characters do come around to understanding the need for violence under certain situations in book two, and that is very helpful for me, as a reader, to see that the greater world isn’t being presented in black and white.

The end of the book brought in that sci fi twist so reminiscent of dime store novels, and I absolutely loved it. In fact, the problematic tropes listed above were all but wiped away with the ending chapters, and the this really saved the book for me. The moral grayness that comes out here is fantastic, and I loved this discussion of science and corporations. Lydia’s White Savior narrative, and  White Savior Complex, are completely undermined, and Petra’s actions are vindicated.

This was a hard book to read due to how some problematic tropes were employed (but never realized), but in the end, the problems were couched in the failings of the characters, and provided excellent social commentary. Beneath the Surface will be triggering for some US readers, especially those from certain marginalized backgrounds, so please keep the warnings presented in the front of the book in mind, as well as the discussion presented above. The book is worth reading, but isn’t without some bumps along the way.

You can buy Beneath the Surface in print here and ebook here.