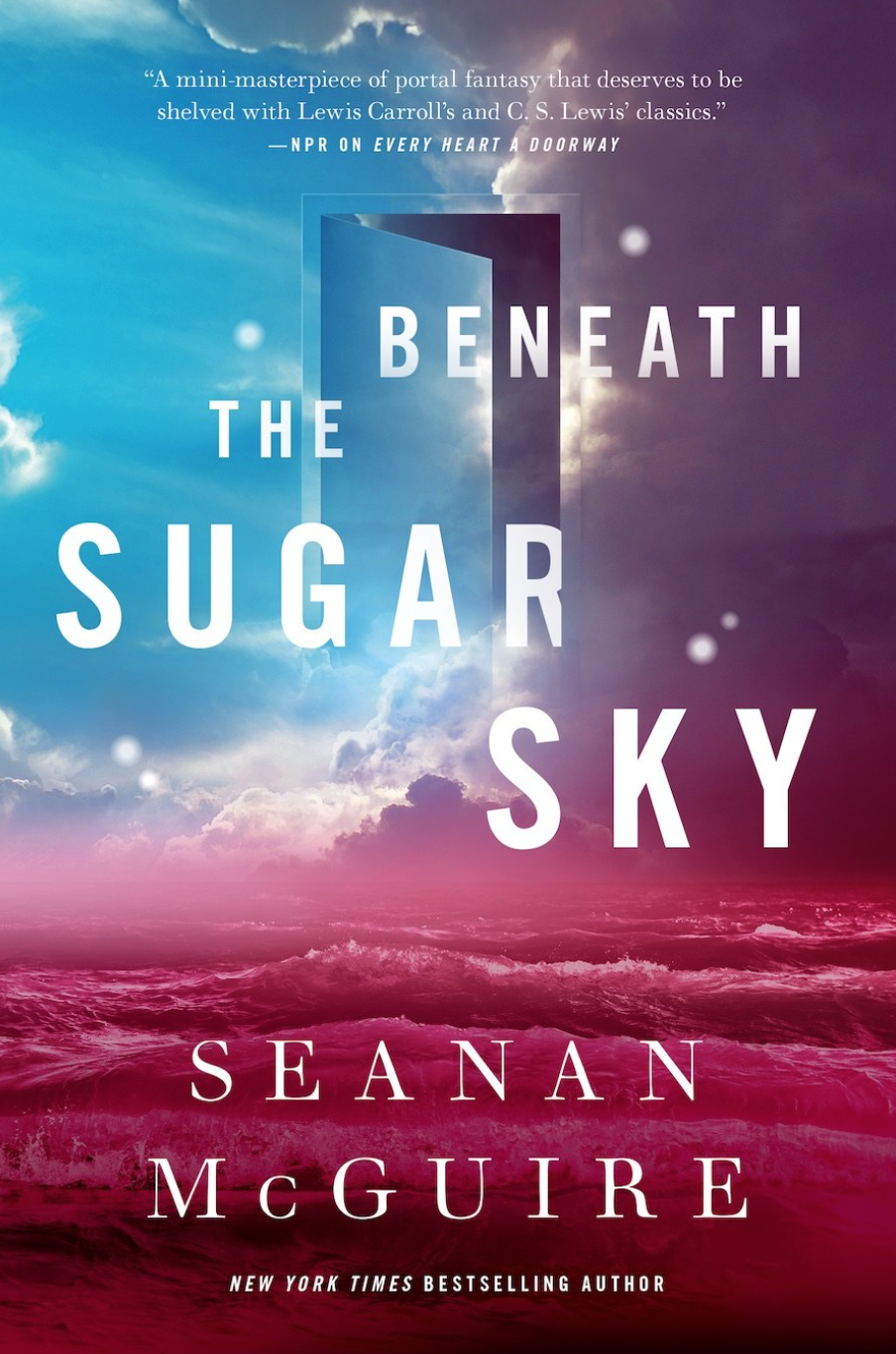 I still need to write reviews for the first two, so when they’re done, you’ll find the review for Every Heart a Doorway here and Down Among the Sticks and Bones here.

In this third installation is told mostly from the perspective of new student Cora, former resident of the Trenches and former mermaid. Cora happens upon Rini, daughter of the deceased Sumi (remember, Sumi is from a nonsense world, so having a kid after you’re dead is totes legit). Rini has just found out her mother is dead, and so Rini is starting to disappear. A handful of students set out between realms to bring Sumi back to life, save Rini, and maybe, just maybe, find their own doors again in the process. In doing so they must journey through the Halls of the Dead to find Nancy, and eventually head to Sumi and Rini’s land of sugar and confection to defeat the Queen of Cakes.

This book lacked a lot of the magical whimsy of Every Heart a Doorway (EHaD), and had a lot less darkness than either EHaD or Down Among the Sticks and Bones (DAtSB). It’s possible that since it primarily dealt with a land of sweets that the author was trying for a lighter feel, but the story came off, well, sugary instead of heavy. More cotton candy than meat pie, which was how I felt after EHaD. Full. Content. This left me with that sort of high fructose corn syrup aftertaste. It wasn’t bad at all. It just wasn’t incredible, which is what I’ve come to expect from this series.

Still, the plot was well paced and the characters rounded. This was the first book in the series I didn’t wish was longer. This one was exactly the right length for the story that needed to be told. The plot, that Sumi needed to be brought back to life so she could create her daughter Rini (who is part of this Scooby Gang), was completely appropriate for both Sumi’s character, and the description of her nonsense world. It was great, too, to get to see Sumi again. Out of everyone who got offed in EHaD, Sumi was the one I was most attached to. It was great to get to see her not only alive again, but to know that she would one day find her door.

If you read this book for no other reason, read it for the worldbuilding. The descriptions of Sumi’s world are amazing. I’m not a big sweets fan but I appreciate the artistry that goes into things like gingerbread houses, and the descriptions in this book were like mind crack. I would kill to visit this world, if only for a few minutes, to see the gingerbread castles and candy corn fields, and soda pop oceans. What kid hasn’t dreamed of something like this? What child who has seen Willy Wonka (the trip 1970s version) hasn’t been obsessed with a world made entirely of sweets?

Cora makes a find addition to the crew and adds a dimension on body positivity to the otherwise very diverse and eclectic school kids. Kade gets a bit more backstory as well (nothing new, just some more intricate rehashing). Seeing Nancy happy in her home is worth the price of admission, and the real emotional punch comes at the end, as one of our students gets their long awaited door home.

Overall, this was a worthy addition to the Wayward Children series, just not perhaps it’s strongest entry.

You can buy Beneath the Sugar Sky in paper here and ebook here.