Rating: one star. possibly five stars. Depends on what you’re looking for 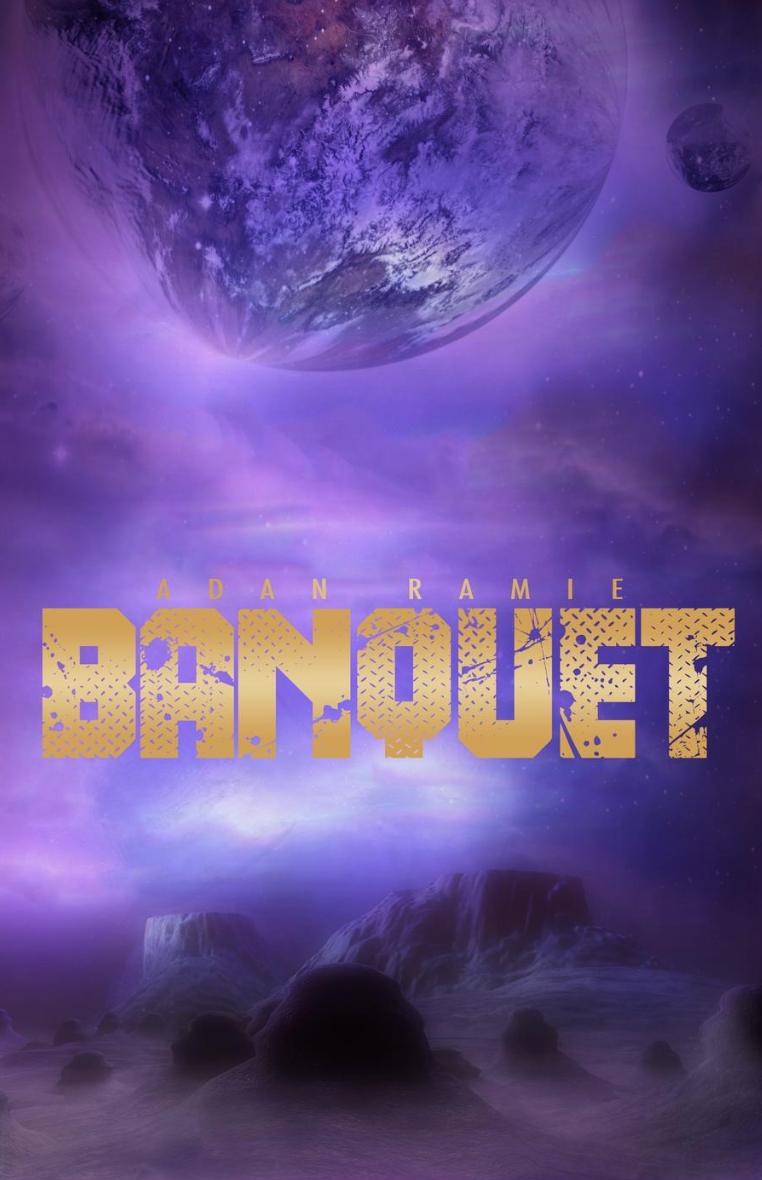 Rison Ecks, prisoner aboard a transport spaceship headed for…a penal colony (I think), gets marooned on a planet. The droid she befriended on her voyage is kidnapped, and Rison risks death, out of body orgasms, and unattractive women in order to save the droid and…get off the planet? I think? I’m not sure what Rison’s higher purpose is, honestly.

Normally I would break the review down into basic elements, like plot, characters, etc., but the lack of most of these elements in BANQUET make that difficult. Generally speaking, this book has all the campy elements of 1970s era pulp sci fi (+1 for slave girls, +1 for random lesbian sex scenes, -1 for white default, -1 for magical negro, +1 for not burying your gays) without the benefit of really any form of social commentary. The only person of color (barring purple and red skinned aliens) is simply referred to as ‘the dark man’ for the first few chapters until he and the ‘ugly woman’ are captured, leaving Rison alone on a planet filled with… strange lesbians and beings that like meat a lot (which is not a gay joke, and I feel like that was really a lost opportunity there).

For some reason not specified, possibly due to lack of character development, Rison chooses to save the captured droid she befriended on the prison barge, instead of the black guy or the ugly woman. Hence, she goes on a quest to find the thing, running into (not necessarily in this order): a mirage of her dead lover with whom she has sex, a random pregnant woman, a woman who gives her another woman to have sex with, but during the sex she leaves her body to talk with the first woman, the antagonist who really likes meat, and the love interest (I think) who is a really good cook.

Also there is a cooking contest? Did I mention that?

If it weren’t for the problematic implicit bias, the lack of narrative structure, the typos, and the magical black man trope, I’d be tempted to file this book under the ‘ridiculously campy’ tab, and have it sit next to such favorites as (and really, these are some of my favorites) ETERNAL PLEASURE (they’re men with the souls of dinosaurs and they need a hot limo driver, STAT!), DAUGHTER OF THE BLOOD (magical cock rings of obedience!), and everything by Chuck Tingle. Alas, the writing fell too flat for me to tell if the book was meant to be pulp satire or not, the tropes were problematic, and I never connected with the narrative.

Sadly, as much as I love space lesbians, and as eager as I was to get my hands on this book, I can’t say that I enjoyed it. However, those looking to relive 1970s era pulp fiction, complete with its problematic attitudes but minus the homophobia, may be well served by this book.

You can buy BANQUET here