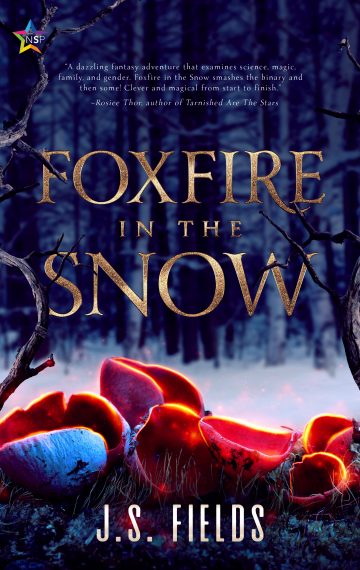 Born the heir of a master woodcutter in a queendom defined by guilds and matrilineal inheritance, nonbinary Sorin can’t quite seem to find their place. At seventeen, an opportunity to attend an alchemical guild fair and secure an apprenticeship with the queen’s alchemist is just within reach. But on the day of the fair, Sorin’s mother goes missing, along with the Queen and hundreds of guild masters, forcing Sorin into a woodcutting inheritance they never wanted.

With guild legacy at stake, Sorin puts apprentice dreams on hold to embark on a journey with the royal daughter to find their mothers and stop the hemorrhaging of guild masters. Princess Magda, an estranged childhood friend, tests Sorin’s patience—and boundaries. But it’s not just a princess that stands between Sorin and their goals. To save the country of Sorpsi, Sorin must define their place between magic and alchemy or risk losing Sorpsi to rising industrialization and a dark magic that will destroy Sorin’s chance to choose their own future.