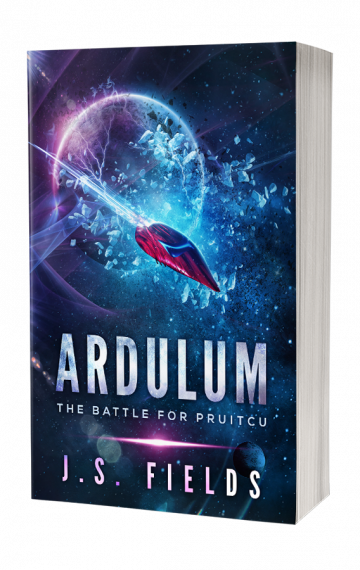 Fifteen years ago, Guard Four stood by and watched her friend, Atalant, be jettisoned into space for questioning their planet’s religion.

Atalant should have died. Instead, she disappeared.

Consumed by guilt, Guard Four trawls space, hopping from spaceport to spaceport, hoping to find and bring Atalant home with exonerating evidence that Ardulum, the traveling planet her people worship, is no mystic deity.

At the edges of the known galaxy, Guard Four finds the shattered remains of a murdered world – a world of her genetic cousins who could have provided the evidence she desperately seeks. Ardulum, it seems, is no fairy tale but rather a bogeyman, set on destroying anyone who gets between it and its biological imperative to reproduce. And in its seat of governance rules Atalant – god to a planet she swore did not, could not, exist.

Guard Four must unravel Ardulan fact from myth to save her friend and the billions of other beings threatened by the Void – a tear in space created from Ardulum’s most recent birthing event. But how does one bring a god of a killer planet home? And how is Guard Four supposed to stop the Void without giving it the only thing it wants – the destruction of Ardulum?