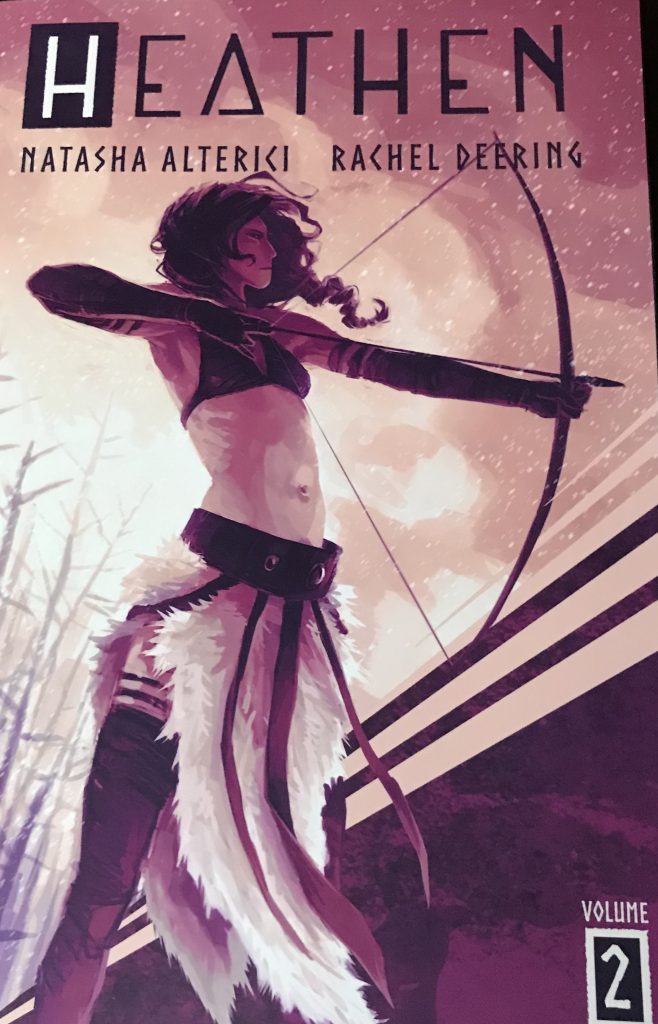 Aydis is back! Having freed Brynhild and spent some time in Freyja’s love nest, she now searches for Heimdall, the entrance to the land of the gods, in an effort to end Brynhild’s curse (and take out Odin if the opportunity permits). Adventures abound, including a brush with killer mermaids and a ship full of buxom lady pirates.

Now separated from Aydis, Brynhild and Freyja get their own adventures, too, with Freyja falling from Odin’s grace for aiding Brynhild and Aydis. There’s a great scene where Freyja, trying to re-entice Odin, turns into a male version of herself which was perfectly drawn and very Loki-esque.

Although this volume doesn’t push the story particularly far, the art remains enchanting and the promise of an eventual Aydis/Brynhild arc continues to tease. Like the previous volume there are plenty of bikini-tops, cleavage shots (hell, Freyja doesn’t even wear a top), and women who just don’t give a fuck. Odin is still a jerk, but he’s down an eye so hey! Things are looking up!

Volume 2 is on Amazon, and should be there for a while, though I know there is still a rights issue going on.